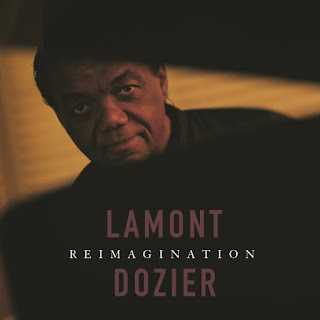 Los Angeles, CA - You may not know his name, but you most certainly know his songs. As one third of Holland/Dozier/Holland, perhaps the greatest songwriting trio of all time, Lamont Dozier is responsible for such timeless classics as “Stop In The Name Of Love,” “How Sweet It Is (To Be Loved By You),” “Nowhere To Run,” “You Keep Me Hanging On,” just to name a few! These megahits changed the face of music forever, jumpstarting the careers of The Supremes, Marvin Gaye, Martha & The Vandellas, The Isley Brothers and many more figures who defined the Motown Era of pop music.

Now, Lamont Dozier has gifted the world with a brand new project that reimagines these treasured classics using acoustic guitar, resonating piano and sparse arrangements, brought together by producer Fred Mollin to create a moving experience for audiences of every generation. Reimagination packs an enormous emotional wallop as Dozier, now several decades older and more mature as an artist, revisits his masterpieces with both reverence and affection. These new semi-unplugged arrangements bring out new depths of feeling and tenderness that audiences will immediately identify with and serve as a reminder of Dozier’s unparalleled talent as a songwriter. Indeed, one need look no further for proof of the universality of Dozier’s genius than the stellar guest artists who have lined up to lend their own unique voices to this project from Grammy-award winning singer Gregory Porter to rock icon Todd Rundgren, and from British pop idol Sir Cliff Richard to country superstar Le Ann Womack.

Producer Mollin summarizes the sentiments of many involved with the project, stating “I will never produce a more historic project, and I know how deep the music will resonate. Lamont and his music were critically important to the rise and continued success of Motown. It is a known fact that Motown changed the world along with the Beatles.”

Classic rock legend Graham Nash, of Crosby, Stills & Nash, offers this about the project, “When Fred Mollin asked me if I was interested in singing harmony on Lamont’s album, I just couldn’t wait. My former band, The Hollies, recorded ‘Stop In The Name Of Love’ in the early ‘80s and it was my absolute pleasure to be able to work with such an incredible writer. Well done, Lamont!”

And finally, Dozier himself is clearly struck by the significance of these recordings and how fans will react, saying “Who knew that after all these years that these songs would be revisited again in this form? We’re just having a ball with it and, we think that the audience and the fans of this music will get a kick out of it as well.”

Watch this exclusive behind-the-scenes video of the recording for Reimagination here: https://youtu.be/GyF6GSu9Os0

Track List:
1. Supremes Medley: Where Did Our Love Go / Stop In The Name Of Love / Come See About Me / Baby Love feat. Graham Nash
2. How Sweet It Is (To Be Loved By You) feat. Gregory Porter
3. Reach Out, I'll Be There
4. Baby I Need Your Loving feat. Lee Ann Womack
5. Bernadette
6. This Old Heart Of Mine / My World Is Empty Without You feat. Sir Cliff Richard
7. Heat Wave / Nowhere To Run feat. Jo Harman
8. In My Lonely Room feat. Todd Rundgren
9. Take Me In Your Arms (Rock Me A Little While) feat. Marc Cohn
10. You Keep Me Hanging On feat. Rumer
11. Reflections feat. Justin Currie
12. I Can't Help Myself (Sugar Pie, Honey Bunch)
BONUS TRACK
13. Reach Out, I'll Be There (Duet Version with Jo Harman) 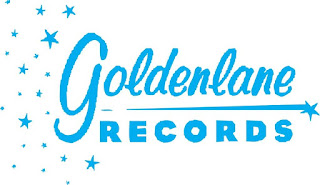