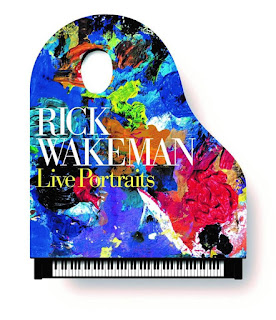 Keyboard legend Rick Wakeman will be recording a live version of his critically acclaimed album “Piano Portraits” at the Lincoln Cathedral in London on March 7th, 2018. “Live Portraits” be released on CD/DVD later this year. A new PledgeMusic campaign has been started to help fund the recording & filming of the event!

Last year I released the studio album Piano Portraits which was really well received and went Top 10 in the UK for several weeks. . Over the past year I have been touring “Live Portraits” to sell out audiences, so as a lasting record I have decided to film and record a very special performance of “Live Portraits” at Lincoln Cathedral on 7th March 2018.

After the success of the “The Myth & Legends of King Arthur” campaign in 2016 here on PledgeMusic I have decided to again work directly with you the fans on bringing this one off concert and recording to life.

By working this way I can offer so much more in the way of experiences, signed memorabilia and different formats, and create exactly what I would like everybody to see and hear.

The concert will be based on many of the tracks from the Piano Portraits album plus many additional pieces, all embellished as can only be achieved in a staged live setting,.

Thank you in advance for supporting the campaign and I hope you enjoy what we create together.

The Lincoln Cathedral in Lincoln, England is the seat of the Anglican bishop. Building commenced in 1088 and continued in several phases throughout the medieval period. It was the tallest building in the world for 238 years (1311–1549), and the first building to hold that title after the Great Pyramid of Giza. The cathedral is the third largest in Britain (in floor area) and is highly regarded by architectural scholars. Part of the blockbuster film “The Davinci Code” was filmed there.

For more information and special packages being offered: https://www.pledgemusic.com/projects/rick-wakeman-live-portraits