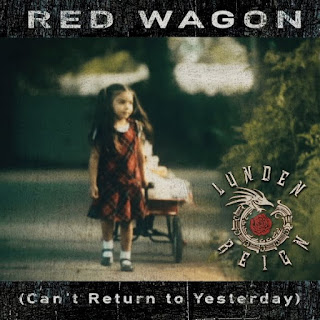 Los Angeles - Lunden Reign's recent CrueFest concert at the world famous Whisky A Go-Go in West Hollywood proved to be yet another powerhouse show. While sharing the stage with heavy hitters L.A. Story, Westfield Massacre and Blacklist Union, Nikki & Laura along with bassist Matt Denis, Julian Tomarin (guitar) and Matt Lucich (drums) brought that unmistakable Lunden Reign vibe to the Whisky and the packed house it entertained.

Their set rocked out with​ 4 brand new songs set to release on their ​upcoming album including the title track “Confessions” and “Red Wagon”. Nikki wooed those packed tight up to the stage with “Stardust Daze” and topped it off with the edgy and environmentally charged “Fate of the World”, bringing tears to the eyes of several fans.

Their just released first single and video “Red Wagon (Can't Return To Yesterday)” is the first of 10 songs from “Confessions”. Both the song and video have been submitted and accepted for Grammy consideration in “BEST VIDEO” and “BEST NEW SINGLE” categories.

Says Nikki, “I'm really thrilled about this next record. "Red Wagon" is a powerhouse, and a couple of the other songs hit me super hard which makes them easy to perform emotionally. I hope that what we did at the Whisky recently will transcend into the studio - performances like that are what I hope to share with our fans. If you close your eyes and listen, if you feel like your with us, then I've done my job as the lead singer.”

Early reviews are already raving that it is clear Lunden Reign is stepping it up ​yet another notch:

​From RAY SHASHO (Classic Rock Hear & Now Radio):
​“ 'Red Wagon (Can't Return to Yesterday)' by Lunden Reign is by far the best song and music video to date by one of the finest bands to arrive on the rock music scene since the 90's. Nikki & Laura Lunden are a seductive badass duo liberating rock to its glory days. Laura's proficient songwriting and masterful electric licks are driven by Nikki's amazing vocals and intensity. The girls acquired a similar musical brilliance and tenacity as legends… Heart, Joan Jett, The Bangles, The Go Go's and Letters to Cleo. And if 'Red Wagon (Can’t Return to Yesterday)' is an indication of even better things to come, than their new album to be release at the end of this year entitled 'Confessions' should be epic! The song and video are up for Grammy consideration in 'BEST VIDEO' and 'BEST NEW SINGLE'… They've got my vote, I truly love this band!”
​
​From CHRIS C. (Bloody Good Music​ Reviewer):​
“Coming off the success of their fantastic debut album, Lunden Reign's new single, 'Red Wagon (Can't Return To Yesterday)', continues their establishment as one of the best classic rock bands of recent years. With powerful and delicate guitars that are pure rock and roll, and a rousing chorus delivered with Nikki Lunden's Stevie Nicks meets Sheryl Crow voice, Lunden Reign has lit the fuse that will surely explode in another fantastic album. It's easy to sound vintage, but hard to sound classic. That's the rare skill 'Red Wagon' is able to achieve.”

From:​ Warren Kurtz​ ​(Contributing Editor​ ​Goldmine​ ​Music Magazine):​​
“In 2015, Lunden Reign's solid ten song debut album American Stranger, featuring 'Hear Me', received high praise from fellow Los Angeles female led groups  including Terri Nunn from Berlin, Dale Bozzio from Missing Persons and Martha Davis from the Motels, all who achieved national success in the '80s. Lunden Reign's new single, 'Red Wagon (Can't Return to Yesterday)', from their upcoming sophomore release 'Confessions', invokes a bit of a '90s blend of powerful Foo Fighters-like guitar work combined with the alternative pop sounds of Letters to Cleo. The song's producer, and Train's lead guitarist, Luis Maldonado, also supplies harmonies in addition to doubling the electric guitar impact of Laura Lunden, as fans first heard on American Stranger.  Matthew Denis and Matt Lucich provide a solid rhythm section on bass and drums, respectively, and are heard very clearly at the beginning of the bridge on this recording, mastered at Capitol in Hollywood. Lunden Reign's growing fan base will certainly consider 'Red Wagon' to be another winner from this talented new group.”

From: Michael McKenna, (Nor'easter Entertainment Magazine):
Cali's Lunden Reign has returned with some awesome new material from their upcoming sophomore LP, “Confessions”, the followup to their highly successful debut LP, “American Stranger.” The single opens with high-energy slammin' guitars and pounding percussion that morphs into the angelic pipes of the ladies who will grab your ass and hold you captive with their melodic, tight harmonies. The chorus is totally infectious and the bridge takes you to another place in a minute and is monstrous. The outro has you thinking more is coming and then slaps you upside the head. Laura and Nikki Lunden give the listener more than they bargain for with their tight vox and Luis Maldonado's vox and guitar adds that perfect balance. The musicians are totally spot-on from Matthew Denis on bottom to Matt Lucich on skins to the jammin riffs. I like the fact that it is upbeat with a driving beat which makes for a great dance tune at a rock club. This track is a KILLER CUT! I look forward to hearing the remainder of the LP. This single is a MUST LISTEN. On the Nor'easter Storm Scale, I give this a FORCE 4! WELL DONE!

Laura Espinoza-Lunden's innovative synth guitar riffs along with Nikki Lunden's voice have been at the foreground for the two front women to define the Lunden Reign sound, enhanced by long time producer & co-writer Luis Maldonado (Train, Lisa Marie Presley). The trio are thrilled to have “The Matt's”, Denis and Lucich, joining them for the sophomore album along with master mix-engineer Devin Hoffman. “Confessions” is tuning up to be a phenomenal release, touching on a bit more personal subjects and addressing some of the more pressing matters of the world. The band is currently in writing and recording sessions finishing up the last few songs and hope to have a release announcement soon.

Their first album “AMERICAN STRANGER” received critical acclaim and made multiple music magazine’s “TOP 10-BEST OF” Lists for 2015. You can hear songs and watch their videos at LundenReign.com. 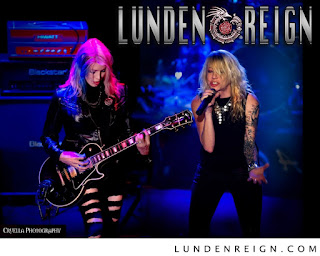