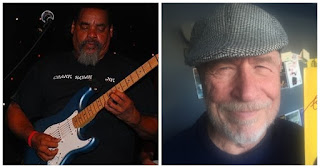 Asheville, NC - Project/Object is the longest continually touring alumni-based Zappa tribute band in the world. For over twenty years they have toured with more Zappa alumni than anyone other than Zappa himself. Their legendary tours of the USA, Canada, and Europe have paved the way for a rich variety of other excellent, contemporary Zappa tributes.

Project/Object is the band that brought most of the currently touring Zappa band alumni out of retirement and onto the road. The list of Zappa alumni that have appeared with the band includes musicians from the first Mothers Of Invention album thru the last Zappa tour in 1988. Project/Object is back in action in April 2016 with a tour that reunites old friends Ike Willis & Don Preston. This tour will feature material that each of them recorded with Frank, as well as their personal favorites, plus Zappa classics from every era.

Ike Willis, voice of Joe’s Garage and Thingfish, handled lead vocals and rhythm guitar for virtually every Zappa Band tour and album from 1978 thru the final FZ tour of 1988. Ike's booming baritone is the most requested presence by fans worldwide.

Don Preston was in the early Mothers Of Invention, starting with the classics Absolutely Free and We’re Only In It For the Money. Don played on all the Mothers records until 1974’s Roxy & Elsewhere. Don Preston is, of course, also well known as a synthesizer and jazz pioneer. Don is responsible for scoring many film soundtracks including Apocalypse Now.