Judy Collins’ 1974 Oscar Nominated Documentary About The First Female Conductor Of Major Orchestras To Be Re-Released On DVD! 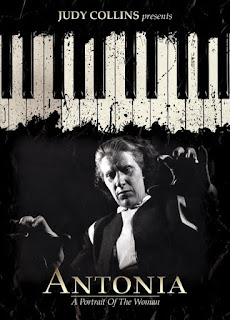 Los Angeles, CA - Antonia: A Portrait Of The Woman, the celebrated documentary film about the first woman conductor of major orchestras in the U.S. and Europe, Antonia Brico, will be re-released on DVD this November. Folk music icon Judy Collins produced and co-directed this highly acclaimed 1974 Academy Award nominated documentary film, which explores themes of gender discrimination that are still highly relevant today. An unforgettable and inspiring figure, Brico faced hardship after hardship, overcoming enormous obstacles and prejudice to pursue her life's passion in the male-dominated field of classical conducting. Alongside co-director Jill Godmillow, Collins tells the story of Brico, her former piano teacher, with tremendous emotion and skill using both historic newsclippings as well as an in-depth interview with the Maestro herself. This 2015 Edition includes the feature-length film as well as bonus features including a photo gallery and commentary tracks, plus a brand new interview with Collins who reflects on the personal and professional impact of Brico’s life and pioneering spirit.

Also, for the first time ever, an official soundtrack has been put together featuring classical works by composers who inspired Antonia as well as a full 31-minute piano concerto conducted by Antonia with her Brico Symphony Orchestra. This special release also includes songs by Judy Collins specially selected by Collins as a tribute to her former mentor and piano teacher, Antonia Brico!