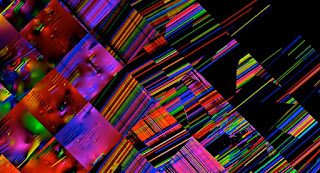 Los Angeles, CA - As the holiday season approaches, keyboard legend Patrick Moraz is proud to announce the release of his special BOX COLLECTION of 19 CDs! The special box collection also contains a uniquely different CARD that Patrick has specially conceived, designed and autographed.

The CDs can also be purchased as single units directly from his websites and Facebook.

Swiss born Patrick Moraz is best known as an official member and keyboardist for the progressive rock bands “Yes” from 1974 to the end of 1976 and “The Moody Blues” from 1978 to 1991. He was classically trained at the Conservatory of Lausanne, but having a keen interest in jazz and world rhythms he decided early on to pursue composing and playing in these genres of music as well. This led to Patrick and his own trio and quartet, opening for major jazz artists and famous rock bands throughout Europe in the mid-sixties. He then formed the group “Mainhorse” with Jean Ristori in 1968 and released a self-titled album on Polydor. After a long tour of Japan and the Far-East as musical director of a Brazilian Ballet Company, he moved to England in the early Seventies to form “Refugee” with Lee Jackson and Brian Davison, both previously of  “The Nice”. They produced one album titled “Refugee” which to date is still revered as one of Prog-Rock’s monumental works known for Moraz’s highly inspired compositions and keyboard virtuosity.

Moraz rose to prominence in 1974 as a new member and keyboardist of “Yes”. He co-composed along withYes’s” band members and played on the album “Relayer”, which led to what was to be “Yes’s” most successful ever world tour, playing to crowds which numbered from 25,000 to 120,00 at JFK stadium during the bi-centennial year of 1976.  In 1975-1976 these particular members of “Yes” decided to compose, record and release their own solo albums. In the interim Moraz had moved to Brazil and composed the music for his own “i” (a.k.a. “The Story of i”) solo album, which incorporated 16 Brazilian percussionists, making it an important staple of “world music”. “i” was Moraz’s first solo album and in 1976 it was voted the #1 Album of the Year by “Keyboard Magazine”. After his departure from “Yes”Patrick recorded his second album “Out In The Sun” on the “famous” Charisma Record Label, and moved officially to Brazil.

In the last part of 1977 and the first part of 1978, Patrick devoted his time exclusively for composing and recording for the production of his 3rd solo album, simply titled “Patrick Moraz”; on this recording, he enlisted the services of the percussionists of Rio-de-Janeiro and Djalma Correa, whom several years later Patrick referred to Peter Gabriel for his album “SO”.

Moving back to Europe via an appearance at the famous “Montreux Jazz Festival” in Switzerland, and upon their request, Patrick began playing with ”The Moody Blues” on their “Octave” tour in 1978, replacing their former keyboardist Mike Pinder, and two world tours ending in 1979 were extremely successful!

In 1980, having played and recorded on the new album “Long Distance Voyager” he was asked to become a member of the band. Subsequently, in 1981, “Long Distance Voyager” reached #1 on the US charts (and a first for the “Moodies”!) and proved to be one of their highest grossing albums to date. He continued touring and recording with “The MoodyBlues” until 1991 and played on the four subsequent albums : “The Present”, “The Other Side of Life”, “Sur la Mer” and partially on “Keys of the Kingdom”. Moraz is also credited as composer and co-writer of the song “The Spirit”, which appeared on the 1986 album “The Other Side of Life”.

During recording and touring breaks with the “Moodies”, Patrick had continued to compose, play and record his solo albums “Future Memories 1” “Future Memories II”, (both “Live on TV”),  “Human Interface”, and “Timecode”. He also collaborated, (in 1979), with the renowned Romanian pan-pipe flutist, Simeon Stanciu, (a.k.a. Syrinx), for their album “Coexistence”.  From 1983 to 1985, Patrick Moraz and Bill Bruford, former member and drummer for Yes, decided to form a duet and tour under the name “Moraz-Bruford”. They recorded two albums, “Music For Piano and Drums” and “Flags” and managed to do three very successful worldwide Tours.

In 1991 having been with “The Moody Blues” for thirteen years, Moraz embarked on a solo career. To date he has composed and played acoustic piano on three solo CD’s, “Windows of Time”, (Quote from Keyboard Magazine : “If Beethoven had gigged with Yes, he might have wound up sounding like this“) as well as “Resonance” and “ESP”, all of which have been critically acclaimed and extremely well received.

In 1995, exactly 20 years ago, Patrick Moraz performed throughout the USA on his C.H.A.T. tour (Coming Home America Tour). The tour was unique in that it was one of the first, if not the very first to be booked entirely over the Internet! Moraz played solo on acoustic Grand Pianos to audiences that numbered as small as two people to hundreds of people, taking place in eclectic venues which ranged from single homes, to large estates, corporate headquarters, churches, theaters, concert halls and museums. One of the concerts was filmed and recorded for a DVD and CD in Princeton N.J. and is titled “P.M. in Princeton”. The C.H.A.T. tour proved to be a huge success and an experience that Moraz says he will always hold very dear to his heart.
In 2009 he released “Change of Space”, and in 2011 Moraz released the electronic keyboard CD “MorazLive/Abbey Road”  which features Patrick playing live electronic keyboards as well as a live acoustic piano improvisation. There  was also a piano-compilation CD titled “Pianissimoraz”, featuring a new and unreleased piece : The “one-&-only take” of the instant composition “Pure Love”.

In 2014, Patrick was invited to take part and perform 2 solo electronic concerts as well as an all-acoustic solo piano concert on the now famous “Cruise to the Edge“ (CTTE).

The album features amazing bass player John Avila, former member of “Oingo Bongo”, as well as other great players such as Lenny Castro on percussion, who has worked with such artists as The Rolling Stones, Elton John, Eric Clapton and many others, renowned and awesome bass player, Matt Malley, founder and former member of  The Counting Crows, who expertly plays Indian Slide Guitar, Swiss virtuoso bass player, Patrick Perrier, and heavyweight multi-instrumentalist on tenor saxophone, Dave VanSuch.