Silver Sleeve Records Launches With The Return of Hard Rock Outfit The Giraffes! 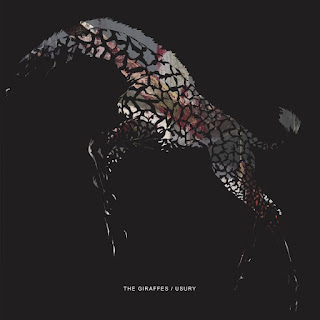 Get the first single for your reviews and online posts:

Silver Sleeve will be helmed by Lightyear VP and former Columbia Records A&R man Sky Spooner. It will focus on indie alt/rock bands, alt/country bands and active rock bands, in particular from (but not limited to) the vibrant Brooklyn music scene.

“Lightyear has always been eclectic in its releases, working in a variety of genres including rock, pop, r&b, hip-hop, reggae, world music, and jazz. Silver Sleeve is going to be different. We will have a distinct label identity. We will be looking for Hard/Fast/Loud/Punk/Psych/Surf/Metal music from stunning emerging artists all over the globe,” said Silver Sleeve President Sky Spooner.

The first band signed to the new label is The Giraffes. From 1996 to 2015, the Brooklyn-based Giraffes have shredded, burned, and leveled every audience from their Brooklyn hometown to the Sunset Strip, and back again. Lead singer Aaron Lazar and guitar wizard Damien Paris form the focus of the band supported by the locomotive rhythm section of maniac drummer Andrew Totolos and latest Giraffe, Josh Taggart on bass.

The first release of the new album from The Giraffes, Usury, will be released digitally worldwide through Caroline/Universal Music Group on October 2, 2015. The CD and vinyl LP will be released January 29, 2016. The LP will be clear, audiophile vinyl, with an included download card, and of course packaged with a silver sleeve.

Get the first single for your reviews and online posts: Single on Soundcloud

The early digital release was scheduled to coincide with the band’s fall tour dates, including what is expected to be a sold-out show at Brooklyn’s The Wick on October 3, the Larimer Lounge in Denver on October 10, and The Slowdown in Omaha on October 16, plus many more.