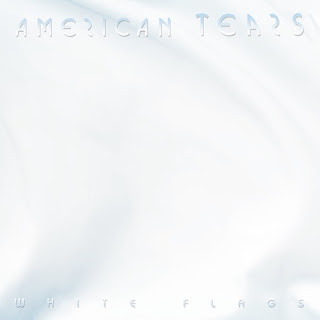 The renaissance of 70’s power keyboard legends, American Tears is in full force with their second release in as many years, White Flags.  Not only are they influenced by keyboard-driven progressive rock of the album-oriented 70’s such as Emerson, Lake & Palmer, Genesis, and Deep Purple, they helped define the genre. Founder Mark Mangold’s boundless musical energy and skill spawn critically acclaimed, yet commercially unsuccessful releases Branded Bad and Tear Gas in the mid-’70s.  American Tears would morph into Touch in the early ’80s yet remain clouded in anonymity.  Mangold moved on to collaborate with artists such as Michael Bolton, write hits for Cher and Benny Mardones, and release his solo records.
The band’s current incarnation unearths an ambiance from a time in rock history when keyboard solos reigned supreme. Tom Scholz’s masterful Hammond organ solo on Boston’s Smokin comes to mind.  Mangold’s keyboard riffs are rife with passion and energy. The moment you feel him about to wind down and wrap up, he reinvents the song and takes it to another level.  In this regard, American Tears defies formulaic structure. To the delight of the listener, these songs keep going and going. After all, if you’re enjoying the ride, why would you want it to end?
In a recent interview on The Final on Vinyl Podcast (or play below), Mangold quotes Pete Townsend when The Who was accused of sounding self-indulgent and pretentious “Thank you very much,” said Pete, clearly proud of being labeled as such. Mangold is justifiably proud, as well.
Listening to his vocals on White Flags, one is reminded of the soul and range of The Cult’s Ian Astbury.  Each song on White Flags is consistently upbeat with a broad array of tempos and melodies.  Two of the more soulful tracks which accentuate his vocal range come in the form of “Give me More” and the album’s closer “White Flags.”
To Mark Mangold, White Flags is about surrender and sacrifice.  Giving up the battles and giving all of oneself is a sure path to freedom. The lyrics, vocals, and driving power keyboards echo that refrain.  Those who remember American Tears from the ’70s will enjoy this next chapter in their evolution while an emerging fan base is sure to keep growing.
Tom Endyke - MuzikMan.net Staff
October 19, 2019