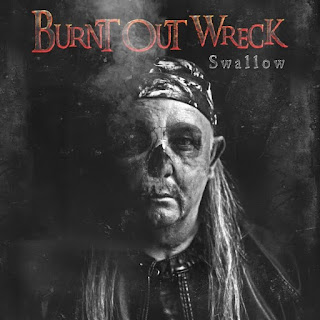 London - The eagerly awaited debut album from Burnt Out Wreck featuring ex-Heavy Pettin's Gary Moat is now available! “Swallow” is a huge slice of full on, punchy classic hard rock with guitar riffs galore! Released via Cherry Red Records, this album is every bit as good as you would expect from one of Scotland's original rock n rollers, Gary Moat!

Says Gary, “I went in to the studio to record a set of songs. Before I knew it, 'Swallow' had been created, and now here it is. I thoroughly enjoyed being in the studio but it was never my intention to become a recording artist again but here I am. It is crazy but I'm loving it. The album is a culmination of all my influences. It has been 30 years in the making and it seems it's being received very well everywhere...which is fantastic.”

Gary has a colorful history as the drummer and main songwriter for metal legends Heavy Pettin'. The band were signed to Polydor and Warner Chappell in 1983 with help from Def Leppard's manager Peter Mensch. They toured extensively until 1988 with Kiss, Ozzy Osbourne, Whitesnake, Ratt, Motley Crue, Saxon, Accept and Magnum amongst others, as well as headlining their own tours. They recorded three albums with different producers: Brian May, Mark Dearnley and Adrian Lee/Tony Taverner. Heavy Pettin' also played the likes of Reading Festival, Loreley and other major festivals, as well as recording The Friday Rock Show for Tommy Vance & Tony Wilson.

Gary created Burnt Out Wreck in the summer of 2016. After penning songs for an album, he ventured into the studio under the watchful eye of acclaimed sound engineer Steve Rispin (Asia), and with Gary's determination to create good time classic rock, “Swallow” began to take shape. For Burnt Out Wreck, Gary has traded the drum stool for the microphone. He has his own imitable style, and is frequently compared to Bon Scott and Marc Storace.


(The video was created by Mark Leary at ASYLUMseventy7)

The band played their first live show at the Giants Of Rock in Minehead in January 2017, alongside the likes of Steve Hackett, Ian Anderson, Iain Paice, Phil Campbell, Focus, Gun, Dare and many more. 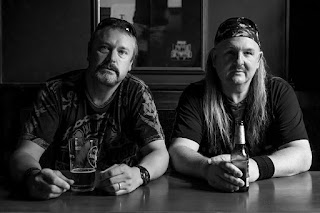