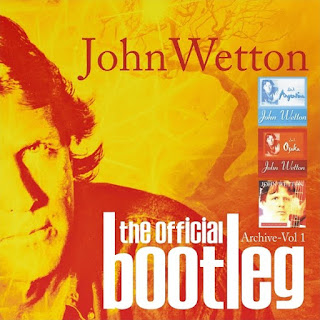 London, UK - John Wetton is best known as lead singer and bassist of Asia, UK and the Red-era of King Crimson, with an extensive solo catalogue. The “Official Bootleg Archive” collects together three of Wetton's previously released “Official Bootlegs” - which have been out of print for nearly 10 years!

As a singer, bassist and songwriter, John Wetton initially rose to fame in King Crimson and the third album that line-up released was Red, cited by so many artists as a core influence. After his period with King Crimson, Wetton co-founded UK and later he was the frontman and co-principal songwriter of the supergroup Asia, his biggest commercial success. The band’s self-titled debut album was the biggest selling album in the world in 1982 and gave the world the mega hit Heat of the Moment.