Following a breakout 2021 in which Rich Chambers released five successful singles, including a film festival award winning video for his single “I’m So Tired,” is his first release for 2022—a freshly energetic version of the classic Beatles song, “I Saw Her Standing There.” With a rock sound distinctly his own yet remaining respectful of the origins of rock, Chambers is putting both a new and old spin on pop music and reigniting the passions of older rock fans and bringing new ones into the fold. It’s guitar-based, infectious singalongable pop rock music. It’s Rock’ n’ Roll Reimagined.

Speaking about the new release, Rich Chambers shares, “With this song I am paying homage to a band that was a huge reason why I picked up the guitar in my early teens. It was one of the first songs I ever played in a band, and I absolutely loved it. I have always considered it to be one of the best straight-ahead classic early rock n' roll songs ever written, and all these years later, I still love playing it as much now as I did then. It never gets old! I guess you could say this song keeps me young, and what's not to like about that?”

Receiving praise from the likes of New Noise Magazine, CLOUT, Jamsphere and Turtle Tempo to name a few, Rich Chambers continues to go from strength to strength with each release. With his latest release of the Beatles cover, “I Saw Her Standing There,” Chambers is redefining pop rock for the 2020s. 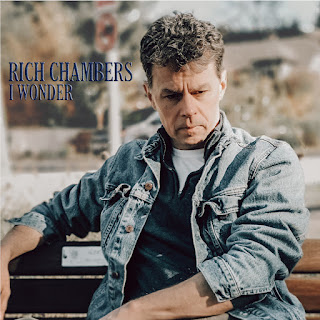 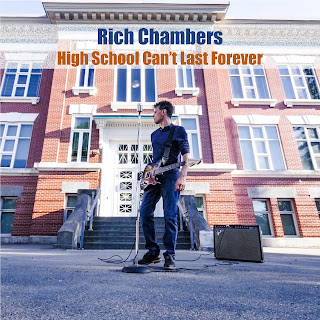 Vancouver, Canada based artist Rich Chambers has a musical story unlike any other. Redefining soft rock and 60’s rock to create his innovative signature sound, Rich resides in an ambitious indie-rock meets alternative limelight that will instantly leave you wanting more. Returning with his latest release, “High School Can’t Last Forever,” the rocking new single merges the sounds of Buddy Holly and Green Day to explore the notion of what really constitutes youth and innocence.
Sharing his thoughts on the release, Rich Chambers explains, “High school often seems to represent that moment in our lives where anything is possible. It is our launching pad to life, so to speak. From that point, we all start to make decisions (or don't make decisions) that ultimately start each of us off down our own unique life path. “High School Can’t Last Forever” is a song that tackles this defining moment in our lives. It begs the notion that those who follow dreams or take chances to go after something often live without regret; whereas, those who are never willing to take a chance or squash their dreams (for whatever reason) often live with regret and find themselves looking back to life's launching pad (high school), wishing they could launch again. It does this to the backbeat of an under three minute, timeless, rock n' roll soundtrack.”