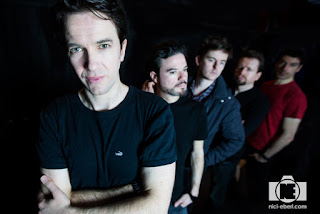 Alternative metal band, Orca, are releasing their hard hitting album ‘Universe’ and it has us in awe. Their music gracefully twists and dives through a unique blend of heavy riffs with disarming melodies, soulful atmospheres and an edge of prog.

‘Amber’ starts the album off with foreboding sounds which draws you in before the heavy rhythms kick in hard. The fact that this album is self- produced shows the skills of these musicians as the track are beautifully layered, really transporting the listener into the stars with the band.

The strident metal sound of the band is contrasted well by vocalist Chris Edwards’ Jeff Buckley sounding voice that guides the album along. The band have live dates in London that are by the sound of the album- bound to be a real experience not worth missing.