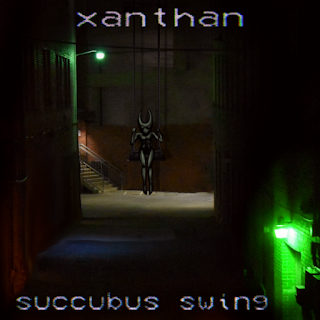 Xanthan is a three piece experimental rock band from Houston Texas featuring Boz Miller (drums), Max Miller (guitars), and Corin Gatwood (6 string basses). The trio will be releasing their debut six-track EP “Succubus Swing” on May 24th which features half instrumentals and half songs with vocals.

Says Corin, “The album has a lot of moods. There is a lot of humor in it for us. Hence the titles, but also just how we've managed to compose the songs. It's all playful. We always try something different in each song. A lot of the lyrics were inspired by strange and unsettling experiences I have had with certain people. The music was written first; but while working on the instrumentals, it put me in the right mood to write about some dark stuff. Plus, it was during late 2020, early 2021. It was still the pandemic, and hell froze over in Texas. A surreal time can be a good time to be creative, I suppose.

When recording the album, the music came first, but the band would adjust things for vocals as needed. Recording was fast. Every track was the three members recording live in Corin’s living room / practice space with no click track. Corin relates, “The track ‘Ms. Haan’ was made from noisy stuff I made on a tape machine, and me banging on the side of my washing machine. My hope was for it to evoke the anxiety of being a child again; alone, in school, or a building with scary noises and machines humming away. And it made for a good segue.”

This E.P. features two of Xanthan’s early instrumental tracks (“1934” and “Colliskeions 23”). The trio wanted to include them on this release to demonstrate their early sound, but the opening track (“HYBYC”) and the last three are songs the band is most proud of.

In closing Corin has this to say, “Just give it a listen in your car stereo on a sweltering summer night, in a dark, small town alleyway.” 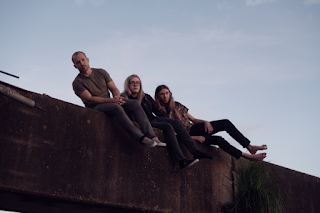