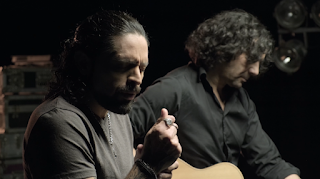 The Bulgarian supergroup Intelligent Music Project, led by their lead vocalist Ronnie Romero (Rainbow) presented the video for the song “Listen”, which is part of the band's latest album “The Creation”.

Watch the video for “Listen”:

The “Listen” video is dedicated to families with reproductive problems. The battle with the demographic crisis is one of the causes of the creator of the Intelligent Music Project and author of all the songs of the Project Dr. Milen Vrabevski:

“The battle with the demographic crisis is one of the areas in which I have been purposefully investing for many years. There is a need for active involvement of the state around this problem, but not only that - the progressive reduction of the population is a problem for all of us. With my foundation, we are trying to encourage the birth rate, and assisted reproduction is one way to solve the nation's demographic problems. With the ‘Listen’ video, we want to give more publicity to this topic, to attract more like-minded people in the fight to have more Bulgarian children.”

Thanks to the financial support of Dr. Milen Vrabevski and his Bulgarian Memory Foundation, 36 children have been born so far. The music video features some of the couples that Vrabevski supports and recreates some of the emotions that families with reproductive problems go through on the way to making their dream of having a child come true.

After the great success of the previous album of the band Intelligent Music Project V “Life Motion”, the expectations of the rock fans for the new one are logically high and we dare say that they will be fully justified!

This was said by the creator, producer and author of the music and lyrics of Intelligent Music Project Milen Vrabevski, MD.

“The Creation” is the newest piece of rock art by the Bulgarian businessman, philanthropist and patron of arts. In his own words, this is an album about the creative approaches, a key to success in a meaningful life.

The album showcases the chemistry and the creative style of all five previous albums of the supergroup. The musical diversity and the positive messages of the twelve songs from “The Creation” make it exclusively interesting and attractive to listen. Moreover the 6th album again features well-known, world famous, rock singers – Ronnie Romero (Ritchie Blackmore’s Rainbow, Michael Schenker Group, Vandenberg, Lords of Black), John Payne (ex-Asia) and Carl Sentence (Nazareth).