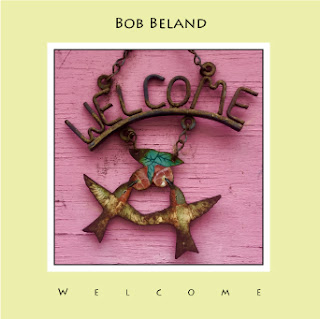 Los Angeles – Bob Beland is an American born musician/songwriter from Los Angeles, CA, where he has performed, written and recorded original music from 1973 to the present. Much to the excitement of his fans worldwide, Bob has just released his much anticipated seventh studio album “Welcome” on his own Wrong Way Works label. Along with the release of “Welcome”, Bob recently collaborated on a track for 10cc/Godley & Creme legend Kevin Godley for his forthcoming solo album!

“Welcome” is my seventh self produced solo album release and was written and recorded over 2018 at Wrong Way Works, Mar Vista, California. Extra special credit should be given to my good friend Greg Embrey for all of his help and involvement along the way. The opening track, “Rocky Up! (love theme from “The Bang Bang Theory”) is an instrumental version of a song I co-wrote earlier last year with Kevin Godley, from the acclaimed UK band 10cc and groundbreaking art rockers Godley & Crème fame, which is called “The Bang Bang Theory” that will be included as part of his first solo album “Muscle Memory” due out soon on the UK label state51conspiracy.

Bob Beland decided to release three other studio albums that he recorded over the last three years but never released until now. 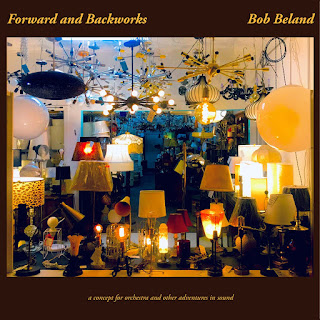 “Forward and Backworks” is a conceptual idea for orchestra that I recorded in 2015. The title refers to the four opening tracks and music that has a reverse or “mirror” counterpart. The album also contains four other original compositions. The sole guest musician on the album is classical violinist Paula Kuhr from the acclaimed multi Ethnic orchestra MESTO. 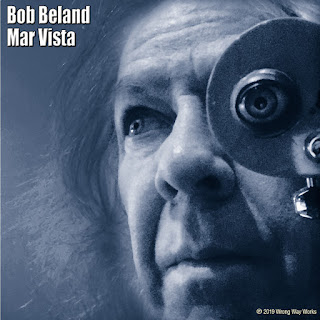 “Mar Vista” was recorded in 2016 and features the only guest musician on the album, Grammy award winning classical percussionist T.J. Troy whom I met as a member of the MESTO orchestra. 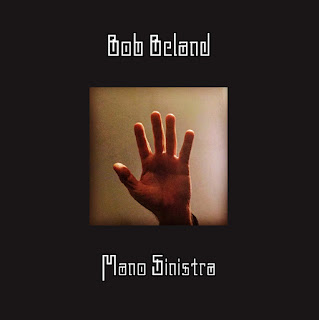 “Mano Sinistra” Latin music terminology for “to be performed with the left hand” was recorded in 2017 and features the talents of acclaimed pedal steel player Greg Leisz who has recorded and performed with renowned music artists such as k.d. lang, Joni Mitchell, Eric Clapton, Van Morrison, Bob Dylan and whom I first met as a member of the Funky Kings with Jules Shear, Jack Tempchin and Richard Stekol way back in 1975. Peter Curry on drums and bass is better known as the bassist for Los Straightjackets. I’ve also worked with Pete before on my first full album “Amnesia Lane” as well as co-writing a few instrumentals for his surf group the Halibuts. Pedal steel player and premier microphone designer Dave Pearlman, The Legendary Fontenelle DuClaw on keyboards, bass, and vocals, bassist Joe McGrath and vocalist Remy Beland round out the rest of the musical guests on the album.

Now, a little background on the players who contributed their time and talents to “Welcome.”

Greg Embrey was the co-founder of the mid 70’s L.A. rock band the Furys whom I later joined as their lead guitarist in the mid 80’s. A.K.A. The Legendary Fontenelle DuClaw

Bob Gross is someone I’ve known since the early 1970’s. Among the other acts he’s worked with was Delaney Bramlett of Delaney & Bonnie fame and currently can be seen and heard gigging with the Deanna Bogart Band. Bob is also playing on “The Bang Bang Theory” for Kevin Godley as well.

Richard d’Andrea is a friend and former Furys alumi who’s been a mainstay in the L.A. rock scene since the 70’s most notably founding the Know with Gary Valentine and working with musicians such as the Roosters and Carla Olson. Richard’s just released his first solo album under the handle Raw Terra called “Mars 12 Earth 0.”

Bobby Pickett is another dear old friend who worked extensively with the great Etta James, Sugarloaf, Detective, Jimmy Page and many other top names in music.

Doug D’Martino is from an earlier incarnation of the Furys

Marty Korth is a long standing friend of mine who also spent some time in the Furys and has played bass on other songs that I’ve written and recorded over the years. He’s a great film animator as well working on many classic Walt Disney and Hanna Barbarra features.

Stephen Linsley is a new friend I met through my old buddy Jules Shear. Stephen was the original bassist in the Jim Carroll Band and is also a fine portrait photographer.

Joe Conte is yet another former member of the Furys who came in at the last minute and played some very cool harmonica for me on “Rocky Up!’

Allie Menapace is an acoustic bassist I met through my old friend Peter Curry from Los Straightjackets fame. Pete suggested Allie for my song “Welcome Me” and she came through with flying colors.

Kevin Louden is a fine pedal steel guitarist, dobro, and multi-instrumentalist I’ve gotten to know over the past few years who’s based in Frederic, Wisconsin and plays all throughout the state.

Me? I’m just a musician. You can tell me by the way I walk… Enjoy!
Bob Beland
Mar Vista, Ca