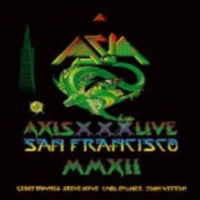 For Asia fans, this will be an essential purchase, but I am not convinced that this issue will add to the number of Asia fans. In the same manner as the album started with a “bang,” it concludes in a similar manner with the rousing pairing of “Sole Survivor” (7:24) and “Heat Of The Moment” (7:55).

Key Tracks: Only Time Will Tell, Tomorrow The World, Heat Of The Moment

Heat Of The Moment