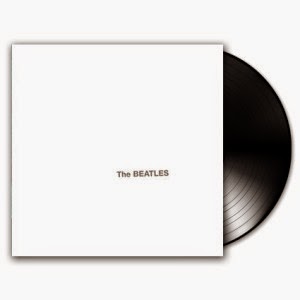 The Beatles made some giant leaps in progressing as a band with their sound with certain key albums. Specifically Rubber Soul, Sgt. Pepper and The White Album are the recordings that stand out.

The series of reissued albums in 180 gram vinyl this year were timed perfectly this to fall in line with the resurgence in vinyl sales that continues to gather steam.

The White Album is definitely one of my favorites from The Beatles catalog. What sounds so incredible to this day is the fact that this was a double album and every song was an eye opener. There was not an album more diverse in their catalog that can compare in showing off the band’s multitude of talents in such a spectacular way.

It has been many years since I had opened the vinyl version of this album and was surprised and very pleased to see a poster and a set of 8x10 color photos of the band members, suitable for framing I might add. This is a package that was worthy of the release. I have to hand it to the label as they did it all right, top shelf all the way just as they did on this entire series of releases.

The one thing I have never had a problem with concerning 180 gram vinyl releases is that they are too thin and become warped or unplayable. It has never happened since I started collecting vinyl again 14 years ago.

What is there to say about this album that others have not at this point? Well that is not the point of this review at all. I like to think what I write is a reminder of the brilliance of the greatest band that was every assembled. It is a masterpiece of rock music with enough diversity to keep any listener interested for the entire run of all 4 sides. That is a challenge for any band and The Beatles made it look like a walk in the park, as they always did.

“Revolution 9” is hands down most unusual track they ever recorded. It sounds like LSD induced cacophony and it stands out as one of the songs that people remember most on the album oddly enough. It was so different it was hard to forget! The one song that gives me the creeps now is “Happiness Is A Warm Gun” because John sang lead. A touch of irony indeed and a sad reminder of the way he left us.

You cannot argue with the way they open the album with a rockin’ “Back in the U.S.S.R.” It is always a difficult task selecting key tracks on any Beatles album; now tell me did they ever record a bad song? There is not one I can think of. “While My Guitar Gently Weeps” is another highlight and it shows how strong George Harrison was and highly underrated in his role with the band. Certainly he should have had more opportunities to contribute songs during the Beatles reign of the charts but it never happened as John and Paul were the dominate forces in the band. Perhaps they would have lasted longer if each member had equal opportunities to contribute. We will never know, but we all do understand one thing, there will never be another band that created such a buzz that continues to this day with no end in sight. The White Album was and still is a stellar release.

Key Tracks: Back in the U.S.S.R, While My Guitar Gently Weeps, Birthday, Revolution 1, Helter Skelter