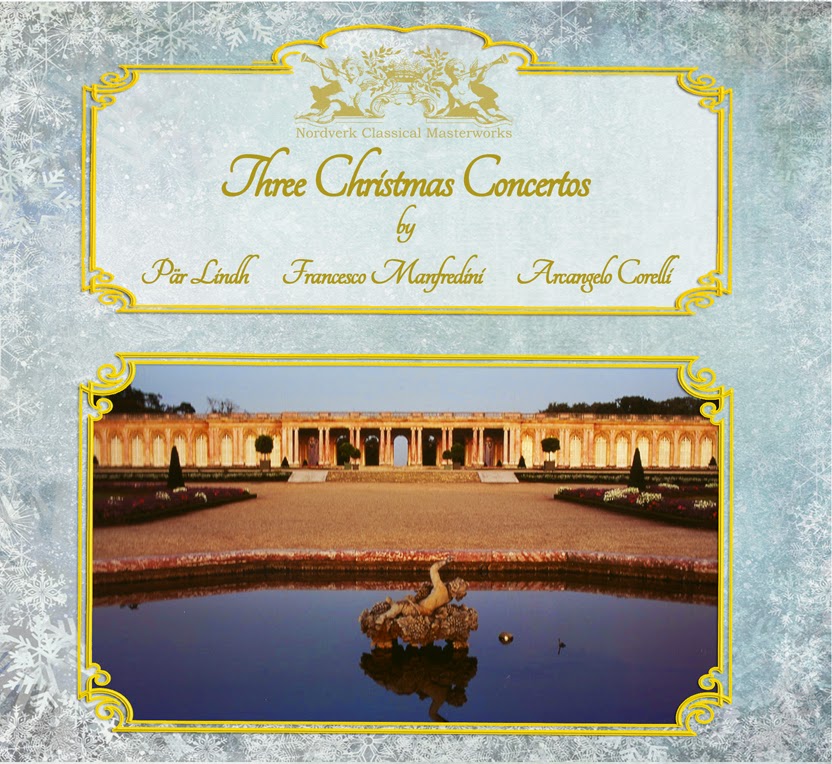 ¨Classical Rock Keyboard Legend Pär Lindh goes all the way and releases his first Concerto in Classical style!¨
Sweden - Possibly one of the most talented composer and keyboardist to emerge from Sweden, Pär Lindh will be releasing a new classical CD titled 'Three Christmas Concertos'. For those in the progressive rock community Pär Lindh is considered a keyboard wizard – so much so that he was chosen to play keys for the reunion of the legendary Nice (a prestigious position only held by keyboard visionary Keith Emerson). With the release of several highly acclaimed albums, Pär Lindh has garnered worldwide acclaim. And now, for the first time, he has released a purely classical Christmas album!
Says Pär, “I have every Christmas since my youth been listening to the 'Arcangelo Corelli' concerto (as well as Greg Lake's 'I Believe In Father Christmas') so it became a natural idea once I had my own Christmas piece. When I rewrote my concerto 2011 and extended it from the three movements I composed 1979-1981 to four movements. I found then that the third movement had a distinct Christmas carracter. And since my idea is to write four concertos to form a modern version of the four seasons suite by Vivaldi. This Christmas concerto would then have the nickname 'The Winter'. So in the future there will be the spring, summer and autumn.”
This is the first release by Pär's new record label based in Sweden called NORDVERK CLASSICAL MASTERWORKS. Next release is due for early 2015. You will find on this album a new work, which has been predicted to become a future classic, as well as two well-known classical Christmas concertos played in such a way as to give listeners who are familiar with this music a possibility to hear it performed in a new light. 'Three Christmas Concertos' includes the first ever recording of Pär's concerto 'Then Svenska Julkonserten', which was recorded winter 2013/2014.
The premiere which took place in Sweden on December 4, 2011 was a huge success. Says Pär, “The work recieved thunderous applause after each movement and on one occasion even during a movement. I realised then that this work had the quality to go directly to the hearts of an audience. In November 2013, we recorded the three concertos. Kennet Boman oboe, Anders Lagerqvist kapellmeister and the orchestra has beautifully captured the mood of my work. Manfredini, having written several Christmas concertos, we choose this lovely work to be the sweet balacing piece in C-major between two concertos both in minor keys and of greater length. It has also been a pleasure to record this version of 'Corellis' famous concerto.”
Three Christmas Concertos including a new concerto by Pär Lindh
1. Pär Lindh Concerto grosso in a-minor for oboe, violin, celesta, tubular bells and string orchestra
2. Francesco Manfredini (1680-1748) Concerto grosso per il Santissimo Natale in C-major
3. Arcangelo Corelli (1653-1713) Concerto Grosso i g-minor Fatto per la notte di Natale
Musicians:
Pär Lindh celesta & harpsichord
Kennet Bohman oboe
Anders Lagerkvist violin (known from Pär Lindh project album Time Mirror)
Kern Westerberg 2nd violin
Torbjörn Helander viola
Natalia Goldman cello
Per Björkling bass
Urban Grip tubular bells
Produced by Pär Lindh
Artistic director Pär Lindh
Kapellmeister Anders Lagerqvist
Recorded by Crimsonic Label Studios
Engineered by Pär Lindh
Mixed at Recordia by Fredrik Larnemo & Pär Lindh
Cover Artwork by Davide Guidoni (www.davideguidoni.com)
Special thanks to Mr David Hoyland
NORDVERK/Crimsonic Label 2014
Here's what the press have been raving about Pär Lindh:
¨Pär Lindh is the Mozart of our time!¨
“A brilliant renaissance for Swedish classical music!¨
“Pär Lindh is the Scandinavian king of the keyboards!”
¨The music was filled with pure magic, beautiful harmony and of such beauty that Pär Lindh should be called the greatest composer of Sweden. He surpasses the world-famous composer Arvo Pärt by far!¨
¨Lindh's tonal language goes directly to the heart. Like the music of the great Jean Sibelius!¨
¨This unique piece is really a musical gem. Nothing like it has ever been written in Sweden before!¨
¨A storming success! After the last movement the applause just would not stop and the orchestra had to play the last movement allegro moderato once again as an encore!¨
¨A Swedish masterpiece without equal!¨
¨The Vivaldi of Sweden!¨
In closing, Pär has this to impart, “Well the message is that since we unfortunately live in a very dark and seemingly hopeless reality today I just wanted to give people a very positive and beautiful message of hope and goodwill and to help us all meet our tomorrows in a cool, progressive and positive way.”
To purchase Pär Lindh's 'Three Christmas Concertos': http://www.parlindh.com/Content.aspx/Shop
For information & booking:
www.parlindh.com ;
www.parlindhproject.com ;
info@crimsonic.com