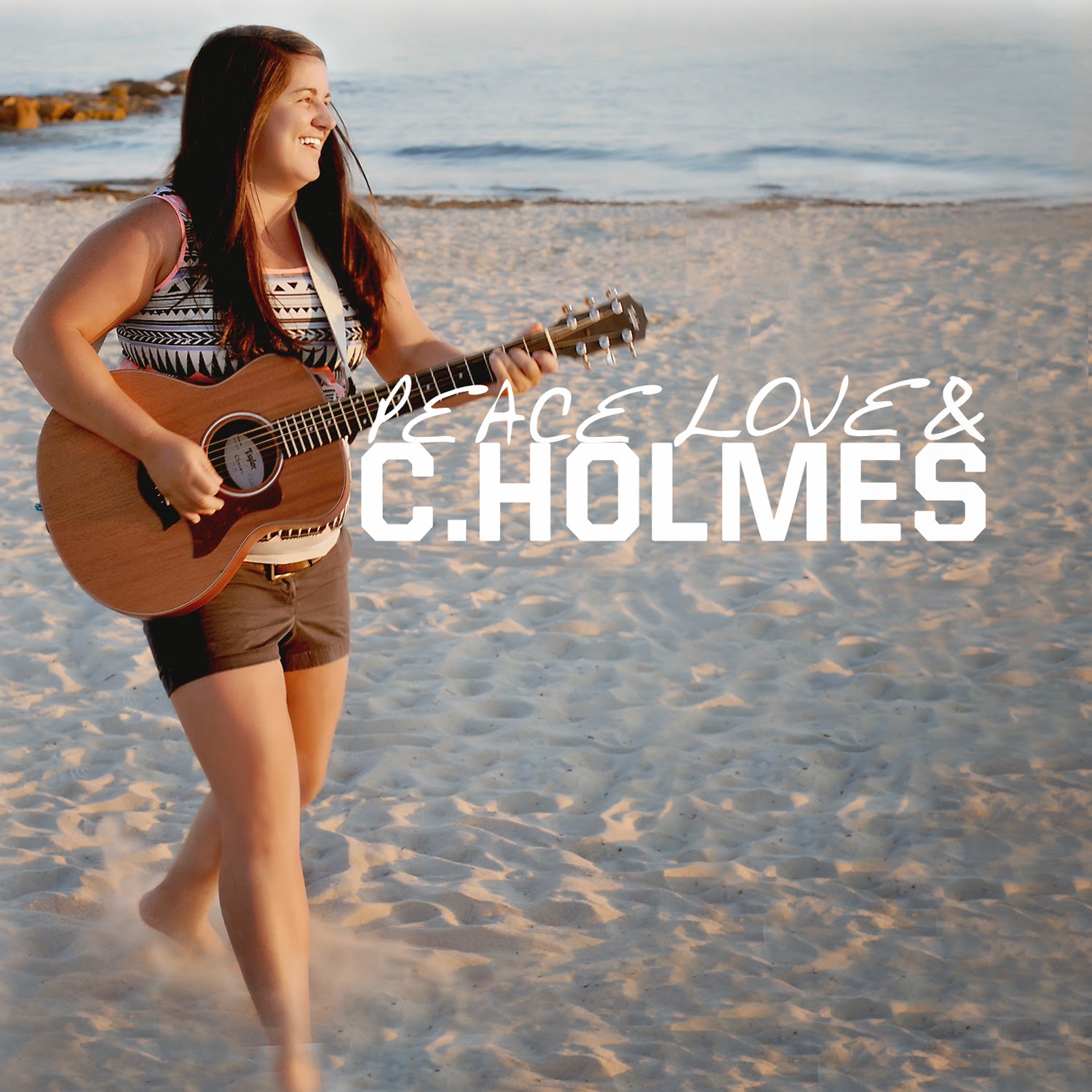 Narragansett, RI – In June 2013, Christina Holmes, a singer/songwriter originally from New Jersey, now based in Rhode Island, was presented with the opportunity to record her debut album with multi-platinum producer Narada Michael Walden after he heard some of her demos and was blown away by her raw talent. Walden has produced music royalty like Whitney Houston, Mariah Carey and Aretha Franklin, and worked with world-class musicians like Sting, Carlos Santana and Lenny Kravitz. He bonded not only with her talent, but also with the message her music represents. Soon after Christina flew to California to begin working with Narada at his legendary Tarpan Studios.

Christina was a little nervous heading in to the studio knowing how talented and successful Narada was, but he made her feel at home. Before the two started recording they both sat down and grooved together musically. With Narada on drums and Christina on vocals and guitar, they jammed together for hours. Everything was so effortless that they could tell right away they were meant to work together. Christina began to record with Narada throughout the summer of 2013 and into early 2014, and during that time she wrote and recorded 21 songs. In July of 2014, Narada offered Christina a record deal with his newly founded label, Tarpan Records. Christina signed and is now releasing her debut album, Peace, Love, and C. Holmes on October 14th, 2014. The album contains 16 amazing original compositions featuring many amazing guest performers. All of the Vocals, most of the Guitars, and even some of the drum tracks were performed by Christina.

After a few years of playing everywhere from open mics, bars, and smaller local venues to busking on the street, she thought it was time to try something bigger. She came across an ad for auditions to be on “Amateur Night at the Apollo” and knew it was the perfect opportunity to finally show what she could do. She auditioned and on the spot was asked to play at their next show. On June 6th, 2012 Christina took the stage at the legendary Apollo Theater, and the audience response was overwhelming. Christina says “It was an absolute honor to be able to play on that stage, and I couldn't believe it when I received a standing ovation.”

That day truly changed Christina’s life and made her 100% confident in herself. She went on to book a small east coast tour, put out original music on YouTube, joined Musicians on Call and continued to plow forward doing what she loved. Christina Holmes now has a fan base that is growing every day, and has had the opportunity to play legendary venues such as Eddie's Attic in Atlanta, The Hard Rock Cafe in Chicago, and The Middle East in Boston.

Christina’s new album is titled Peace, Love, and C. Holmes… because it's a little bit of peace, a little bit of love, and a whole lot of C. Holmes. She has always been passionate about music and enthusiastic about helping people, so why not put the two together? Her main goal has always been to spread her music to anyone who is willing to listen, with the hope of changing his or her day for the better.

Christina says “Music is healing in so many ways and I want to bring positivity to the world through my music. I have seen firsthand, while working with Musicians on Call, how powerful music can be for a person’s life. People spend too much time focusing on the negative and the hatred in life, and I want to be able to shed some light in the world. My music is not only how I express how I feel, but it’s also been my way of being able to bring out the best of the people who listen.”

Christina plans to tour in support her new album with a half dozen “CD Release” events on both the east and west coast of the USA. She will perform in New York, Massachusetts and Rhode Island, as well as showcasing in Northern California around the album’s release date.

Visit Christina’s Website or Social Media pages for sound samples or more information about this release and future tour dates and promotions at www.christinaholmesmusic.com