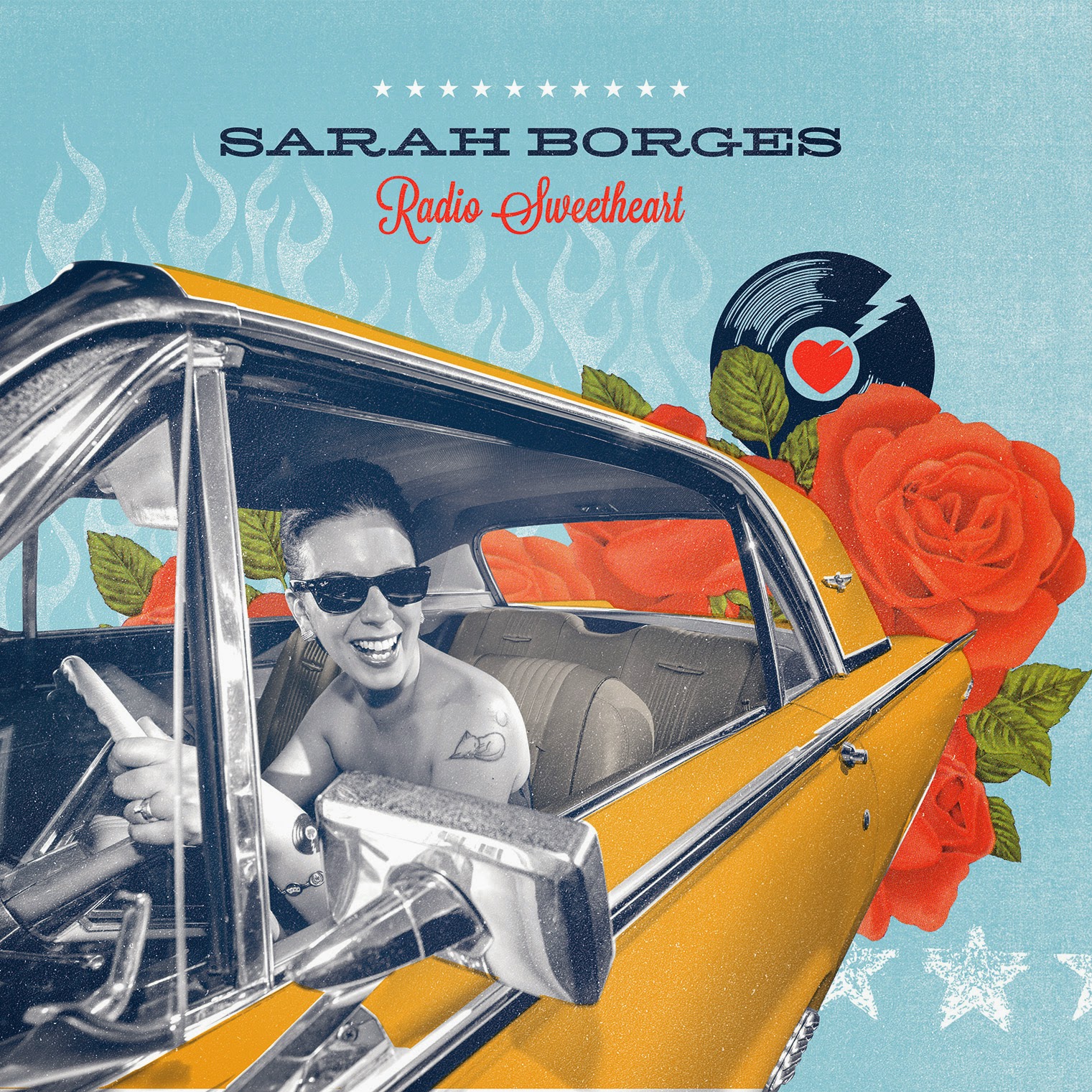 Sometimes you find long after the fact that there is some incredible music right in your own backyard. That was the case for me after spinning the recently released Radio Sweetheart from Sarah Borges.
Borges is a Boston girl with a long history of success with a band called Sarah Borges and the Broken Singles. They released four critically acclaimed albums then broke up. A year later Borges commented - “It hit me like a ton of bricks - I didn't have to stop doing music." Yes indeed and she is back as strong as ever with a new album.
Right from the start I was taken with this music, every track. Her voice and the music reminded me fondly of Sheryl Crow and Grace Potter and The Nocturnals. And from this listener that is a compliment as I have tremendous respect for both artists and now with equal respect I can give the nod to Borges as well.
The first track, “Girl With A Bow,” kick starts your heart and ears and after that it is smooth sailing down a varied musical road. I heard rock, pop, blues, country, Americana and all of them mixed together at some points. It’s all very good. I particularly zoned right in on Borges’ passionate and from the gut vocal style. Her style fits the music and lyrics without ever allowing a moment of wavering. This lady has got her mojo working. A good of example of that home cookin’ is the blues baked “Mind On Me.”
The guitar playing is outstanding on this release thanks to Borges, Russell Chudnofsky and Lyle Brewer. Some of that fine guitar work can be found on “Hands and Knees,” which would be a good choice for a single. As a matter of fact there is not a single track on this album that wouldn’t fly as a solid hit single. One track will draw you in and then you will be hooked. There is just enough of every genre sprinkled in this music to crossover into many eager ears of all age groups. When you get right down to the nuts and bolts of it, this is a fine release that is consistent straight on through. Excellent leadership, superb vocals and tremendous musicianship to back it up makes this a complete success.
It is very important to have a great opening track and to close out strong as well so that is exactly what Borges and her friends do with an aptly titled curtain closer call “Record On Repeat.” The guitar is just rocking. I can picture Borges going down a straight and narrow highway in a convertible sports car with the radio blaring full blast. Yeah, put that one on repeat!
If you like some twang, country, blues, pop and rock, Radio Sweetheart is an easy choice to add to your collection. Just start your engine, press play and the end result is instant joy. How could anyone pass that up?
4.5/5 Stars
Key Tracks: Mind On Me, Girl With a Bow, Record On Repeat
Tracks:
01. Girl With a Bow
02. Radio Sweetheart
03. Big Bright Sun
04. Think of What You've Done
05. Mind On Me
06. Hands and Knees
07. The Waiting and the Worry
08. Start Again
09. Heavy Dreams
10. Record On Repeat
Keith “MuzikMan” Hannaleck-Write A Music Review Founder
July 11, 2014
Review Provided By Write A Music
Posted by Keith "MuzikMan" Hannaleck at 7/11/2014