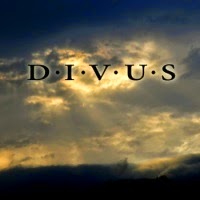 This arrival for review was definitely one of those that would be found in the “that’s a band I’ve not heard of before” file. The band is called Divus, hails from Solothurn Switzerland, and the debut release is an album entitled Aureola.There are a few great Swiss bands around at the moment, with Zenit, Dawn and Diaphonic all being featured on the radio show recently, as was a track from Divus recently.
The band themselves describe their music as “relaxing, emotional, inspiring sound with a touch of wrath.” The music produced by the band is instrumental and is influenced by many artists, including, Tool, Pink Floyd and Dream Theater. The result of each of the individual members possessing different influences produces a unique sound which comes about by placing those influences into a large container and then letting them mix and blend together before drip feeding the results out. It is also important to the band that each piece of music has the ability to evolve through different moods to be expressed properly, hence the longer track running times. Divus look upon each track as a musical journey that invites the listener to become immersed in the aural soundscape that they are serving up.

Divus is a 4 piece band from Solothurn, which is in the north west of Switzerland. Although only three members were involved in the production of the debut album, Aureola, Simon Roth (drums), Sahin Dogan (guitars) and Rob Meroni (guitars), they have now added Marc on bass.

Aureola is a 6 track album with a running time of around 69 minutes. The tracks are all relatively long, with track 6, “Mosaic III,” the shortest on offer at just short of 9 minutes (8:49) and track 2, “Anima,” the longest, playing for 17:42 minutes.

The opening track on Aureola, “Vates” (11:24) certainly grabs your attention from the word go. The track is quickly into some chunky guitar riffing with driving drums underpinning the sound, and progresses at full speed. Just after the 2 minute mark, there is a little relaxation in the music, with some terrific playing and then just the guitar and drums with some exquisite little melodic moments going on before the other guitar brings in the chunky riffs again and the track has seamlessly built up in intensity. After around 4 minutes there is a superb guitar passage which again varies in tempo effortlessly to leave a solo guitar backed by drums. The drummer then gets a little time in the spotlight before the other guitar reappears. The track weaves from the chunky riffing to the melodic guitar work and certainly gives the drummer plenty to do throughout the 11+ minutes. It is this evolving of the track that maintains the interest, with fast metal sections, slower superb melodic passages and a distinct lack of “metronomic” drumming, which for me, is a huge plus point. This is a terrific entry to Aureola, which then moves onto the longest track on offer.

“Anima” (17:42) has both guitars playing melodic passages which fit  like a “well worn” glove and the drums just edge their way into the proceedings before the chunky riffing heralds the driving drums back and the track builds after the opening 1:30 minutes. There are subtle time changes before the guitars get a chance to fly again and the track starts to ebb and flow from the “full on” to the more “laid back” approach. All too soon you realize that around 18 minutes have passed and track 3 is almost on you. “Awakening” (11:41) has the same trademarks that have gone before with that seamless movement from the light to the darker and back.

The last 3 tracks form a three piece suite with “Mosaic I” (8:51), “Mosaic II” (11:30) and “Mosaic III” (11:49), which surely nods in the direction of Pink Floyd, after a really gentle guitar melody backed by “shimmering” drums starts Mosaic I and then moves into a guitar, bass and drum building up of the track. This first part of “Mosaic” was featured on the radio show recently and is simply stunning. “Mosaic II” takes the “theme” up a level or two, but maintains that link to the “floydesque” sound. The final part of the suite, “Mosaic III” has a gentler starting point which builds to a whole band wall of noise before highlighting some excellent guitar work. Some superb guitar playing, with only a very simple background, brings the level down a notch and you get a chance to relax a little before the drums become more insistent and one of the guitarists “lets rip” a little. The track thunders along at full throttle until around 2 minutes from the end when a superbly atmospheric passage picks up to take the track out.

Here we have three musicians who are totally in sync and certainly seem to be enjoying themselves. I found the album superbly enjoyable as they show stunning skill and have the ability to create such aural paintings of light and shade that it is impossible not to be drawn in and immersed in the music. I can even forgive them a few instances of “metronomic” drumming, which I normally find an instantly irritating sound.

Aureola is a stunning debut album which gets better with every listen and deservedly gets both the “One to Buy” and “The Experience will last Forever” stickers on the album cover and an almost perfect score of 4.5 which leaves them a target to aim at with album No 2.