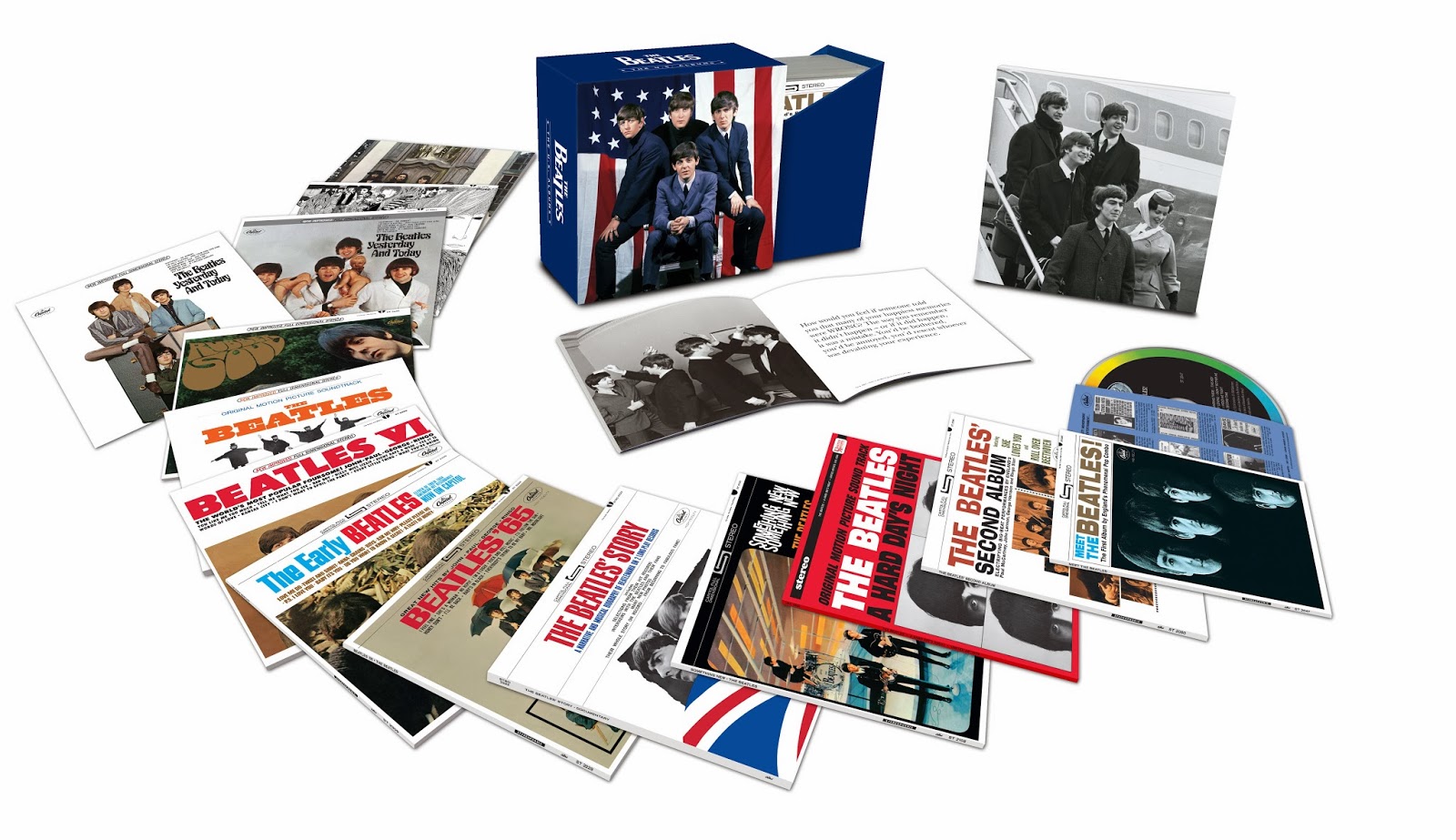 When the time comes for the 100th anniversary of The Beatles arrival in America I will be long gone, unless between now and then they invent something that will prolong life indefinitely. If they did it would be kept a secret unless we have another planet to live on besides earth. Beyond all of the hypothetical mumbo jumbo is the simplicity of another era that did not have computers and luxury items were color TVs and Cadillac’s. There was no internet, personal computers, iPads, flat screen TVs or cell phones. We had a TV with 3 channels, that’s right 3, and the movie theaters to step away from reality. I guess you could say that was our reality TV of the day was the movie theaters, both indoor and outdoor. And we had this thing called imagination that we used on a daily basis and brains that had to think and remember things without pointing and clicking to get an answer in seconds…and we had those fabulous long haired young men from Liverpool that won our hearts and ruled the airwaves of local radio stations. All you had to do was turn a knob and you were transported. It was much less complicated back then and easier to live from day to day.

I believe the iconic Fab Four (John Lennon, Paul McCartney, Ringo Starr and George Harrison) will be celebrated with as much appreciation and joy as they were this year in another 50 years. We just enjoyed their 50th anniversary of arriving on these shores with a TV special and a recently released U.S. Albums box set and I would expect more of the same in the future. We have never seen the likes of this band and it is likely we never will again. What they did was historical, groundbreaking and flat out commercial genius. There is no way I could possibly be brief when discussing The Beatles, they were the fabric of the society I grew up in. As a 5 year old boy I clearly remember watching them perform on The Ed Sullivan show (in black and white) and being frustrated that I could barely hear them playing because of all the screaming girls. I was too young to be buying 45s and albums by the mop tops so I listened to my brother and sisters records who were 8 and 4 years ahead of me.

I have been writing music reviews for over 15 years now and have had the pleasure and honor of covering many great recordings. It was my turn to join in the celebration of the greatest band that ever recorded rock and pop music. They continue to influence artists all over the world and are right at the top of the heap as the most beloved performers along with Elvis, Frank Sinatra and The Rolling Stones. There certainly are others to add to that “A” list but to this music fan there was not anyone that could possibly compare for the all-around impact on culture, daily life, commercialism and popular music than The Beatles.

The Beatles paid their dues for many years and lived with very little so they could play there music and get their shot at stardom. It all broke loose once they came to the U.S. The 13 disc box set has one additional disc called The Beatles’ Story(an audio documentary), a 64 page booklet and promotional art of the day. Those extras are not part of the package I received for review however I did have digital access to all of the artwork. I was the lucky recipient of the 12 CDs which sold separately and that was just fine and dandy with me. All the CDs come packaged like an import in the cellophane fold over sticky seal top and the thin paper binder along the spine. I like that style of packaging and the fact that the CD cases are cardboard replicas of the original albums is a treat as well. 11 of the original albums are presented in mono and stereo so you get to sit through a replay of each song with a different sound. There are not a lot of bands that I could sit and listen to like that, very few in fact. I never tire of The Beatles and their songs because all of them always sound so good. I think the fact that they crafted such accessible tunes made them universal. For the older fans there are so many memories and emotional attachments to the music that you find yourself absorbing it all again and again just like you did when the album’s first came out. They will always have that magic that holds you spellbound and in an eternal time capsule. It’s a wonderful thing that is treasured by all who understand exactly what I am talking about. The inner sleeves have additional protective cellophane sleeves that fit right inside the paper sleeve so you end up having three different layers of protection for the CDs. Note that the Hey Jude and The Beatles’ Story are in stereo only. A Hard Day’s Night (Original Motion Picture Soundtrack), The Beatles’ Story, Yesterday And Today, Hey Jude and the U.S. version of Revolver are presented on CD for the first time. Yesterday And Today features the original legendary “Butcher” album cover of The Beatles posing with raw meat and baby dolls. The option of a layover sticker comes with it to put over the famous cover if you find it unappetizing or repulsive. It’s a nice quality sticker and an extra that one would not expect.

I know many people including myself bought the remastered complete box set in 2009 but keep in mind that this set has many different unique aspects that the larger box set does not. Some examples besides the previously mentioned bonuses are “I Want To Hold Your Hand” track sung in German which translated to “Komm, gib mir deine Hand,” or the instrumental and orchestral versions of tracks. This current set combines some of the previously issued mono and stereo box sets into one set with several different nuances to sweeten the pie for fans and collectors alike.

From where this music fans sits you can never go wrong with The Beatles and there seems to be a lot of creativity and different versions of songs that add to the overall history of the band which in turn gives us all hours and hours of enjoyment for the rest of our lives or as long as we choose to listen. Now that is something you cannot put a price tag on.