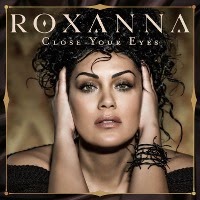 An artist reminiscent of Gloria Estefan and Celine Dion, Roxanna brings her own brand of soulful song to the table with her two new singles Close Your Eyes and Hello. These solo releases are paving the way for her first full length album, Exotica. Due out after two years of work, the artist has much to be proud of. Her work with industry leaders is a testament to her devotion to her craft.

After becoming an RN in Toronto, Roxanna saw firsthand how music can make a difference as she encountered a man with cancer. Each day she sang to him. With every lilting turn of phrase and soaring vocalization, she healed him and he was released from the hospital, much to the joy of his family. That was all Roxanna needed as proof and she has since worked to share her love of song with those in need.
“Close Your Eyes” is a song that captures the dark night of the soul. The world closes in and the days begin to run from one to the next. Luscious vocals roll over you as the piano sequences float by, followed by percussion elements and a myriad of multi-instrumentation. Roxanna evokes emotion and dredges up the gray skies and shows the breakthrough of light and the silver lining revealed within the storm. She sings of hope, walking by the side of God and the inner strength of the human heart. The vocals and instruments meld effortlessly into a blissful audible experience that makes me want to hear what else this artist has up her sleeve. Co-written by Mark Portmann and Lindy Robbins (Celine Dion, Backstreet Boys, Nick Lachey) this song reaches for the sky and holds its own. 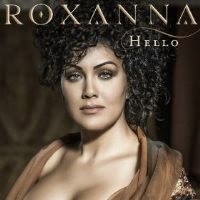 “Hello” is a cover song we have heard before. In this version, a jazzy beginning is followed by the sultry smoke of Roxanna’s voice. The eternal longing of the soul moves against elements of saxophone and a bevy of percussive textures hammering out a beat to tap your foot to. This song although familiar, crafts its own presence.

Roxanna uses her skill as a singer to heal and bring grace to those around her. Whether as a nurse healing the body or a vocal goddess healing the mind and spirit, I am definitely waiting with baited breath for the full length album to hit the shelves. The earthy music captured in the two songs alone is captivating. The new album is produced by Mark Portmann (Celine Dion, Josh Groban, Barbra Streisand, Annie Lennox and Christina Aguilera). With Middle Eastern, Spanish and flamenco influences, Exotica is going to be amazing.