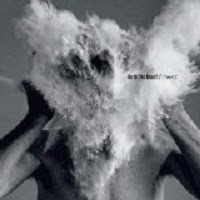 It’s been 16 years, but Cincinnati’s Afghan Whigs are back with a new album, Do to the Beast. The band returns to previous label Sub Pop for the album that will be released on April 15th.
For those of you that never got into the Whigs before, or missed them entirely, I must recommend you give them a listen. When buzz about them began in the 90’s they were a band on a Seattle-based label during the grunge era. However, they were most certainly not a grunge band and such factors likely didn’t help the band reach a bigger audience despite releasing multiple excellent albums.
What made the Afghan Whigs different than other bands at the time was the influence of soul on their rock sound. It worked in large part because of singer/rhythm guitarist Greg Dulli’s vocals and lyrics full of relationships gone bad and angst. He had a swagger and arrogance that few could pull off when trying similar styles. The result led to much critical acclaim and major label deals, but not enough popularity. The band decided to call it quits in 2001, but started playing shows about a decade later and eventually deciding to record Do to the Beast.
Do to the Beast opens with “Parked Outside,” and it comes at you heavy and dirty, which I think is a great way to open your first album in years. It does a great job of showing that the Afghan Whigs can still be what they were the last time we heard them. They do branch out some though. The first single, “Algiers,” has a country feel to it and “Matmaros” and “The Lottery” incorporate more modern production elements. Few bands seem to close albums as well as Afghan Whigs, and “These Sticks” continues that tradition.
For fans old and new I think the results on Do to the Beast are great. There is a mix of classic Afghan Whigs, yet still some promising progress that allows one to hope this won’t be the last we hear from them. For new fans you get a good album that hopefully makes you want to check out the band’s back catalog. There are several bands getting back together these days and the years have not been kind to their new material or shows. The Afghan Whigs are not one of these bands and Do to the Beast makes this clear.
4.5/5 Stars
Key Tracks: Parked Outside, Algiers, Royal Cream
Kevin Kozel
March 28, 2014