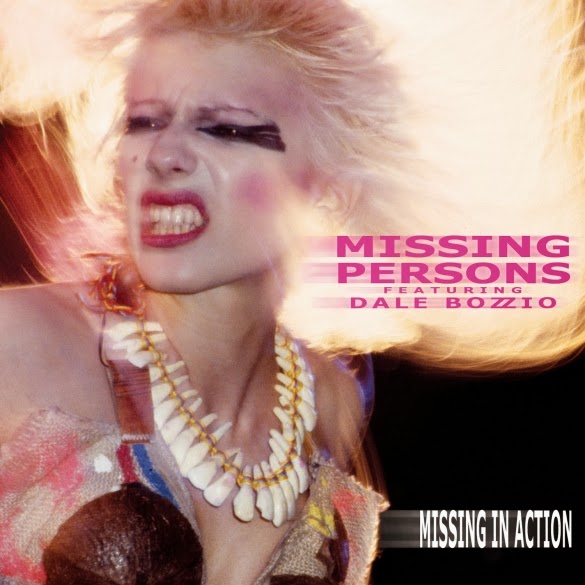 Los Angeles, CA - She is one of the most recognizable singers to come out of the ‘80s art rock movement, A true original whose signature vocal style was matched only by her iconic outfits that set the standard for flamboyant fashion in rock music. Now, Missing Persons’ Dale Bozzio returns with a brand new album that critic Dave Thompson describes as “like waking up in a sleeping bag full of your favorite MTV memories. The ‘80s as they always wanted to sound!” The album, Missing In Action, will be released on March 4th on both CD & Vinyl by Cleopatra Records, but fans can check out the album’s first single “Hello, Hello,” which is making its premiere on USAToday.com accompanied by a scrapbook video as well as an in-depth interview with Dale.

The single is also available as an “instant gratification” track on the album’s iTunes pre-order: http://georiot.co/22B5

Missing In Action is a much welcomed return to the catchy songs and danceable beats laced with a progressive rock aesthetic that always set Missing Persons apart from the pack. The 10-song set was expertly produced by the multi-talented Billy Sherwood (formerly of prog rock institution Yes) who worked closely with Dale to craft an album that can stand alongside the Missing Persons catalog while still showcasing Dale’s growth as both a performer and a person. “Do Or Die” kicks things off with an urgent keyboard riff and a dramatic vocal performance from Dale, proving that her voice remains as strong as ever. Next, the propulsive, driving beat of tracks like “Walk Into The Sun,” and “Speed Of Light” keep the energy riding high. But the album’s true centerpiece is an emotional ballad, “The More We Love,” which Dale recorded just days after her mother passed away, and contains perhaps the most moving performance of Dale’s long, historic career. This is the album that Missing Persons fans and dedicated Dale Bozzio disciples have been waiting for, for over two decades! Don’t miss it!