Sixties Music Legends The Cyrkle to Release New Recordings of Their Greatest Hits! 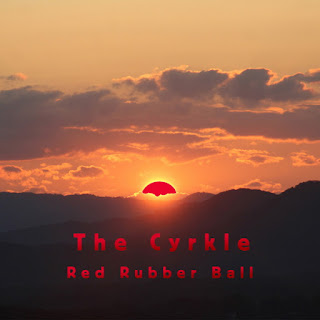 Opened for The Beatles at Shea Stadium and Candlestick Park!

Studio City, CA – Lightyear Entertainment announces a new agreement with The Cyrkle to release new 2020 recordings of their huge pop hits of the 1960’s.

The Cyrkle opened for The Beatles at Shea Stadium and Candlestick Park in 1966, and were managed by Brian Epstein and Nat Weiss. They were originally called The Rhondells, but John Lennon suggested that they change their name to The Cyrkle, and they took his advice.

Their biggest hit, Red Rubber Ball, was written by Paul Simon and Bruce Woodley, and rose to #2 on the Billboard Hot 100. Lightyear will release the 2020 recording of Red Rubber Ball on October 2, 2020.

The band’s other huge hit was Turn Down Day, written by Jerry Keller and David Blume, which rose to #16 on the Hot 100. This has also been newly recorded and will be released through Lightyear in November.

The Cyrkle were offered another Paul Simon song but regretfully turned it down back in the day. But they have finally recorded The 59th Street Bridge Song (Feelin’ Groovy) now, for the first time, and Lightyear will release it in January, 2021.

Lightyear has quietly amassed a collection of big hit re-recordings by the original artists during the past few years, all released through the company’s longstanding distribution deal with Caroline/Universal Music Group. They include Jay Siegel’s Tokens (The Lion Sleeps Tonight), The Searchers (Needles and Pins), Irene Cara (Flashdance…What a Feeling), Rick Derringer (Rock & Roll Hootchie Koo), The McCoys (Hang On Sloopy), Jay & the Techniques (Apple, Peaches Pumpkin Pie), Herman’s Hermits (I’m Into Something Good), the Shadows of Knight (Gloria), the Rip Chords (Hey Little Cobra), Frank Stallone (Far From Over), and the Beau Brummels (Laugh Laugh).

All of these Legacy Artist deals were facilitated by Rick Levy, veteran manager, music director, band leader, guitarist, and author, who currently tours (when Covid allows) with The Box Tops. Levy was Lightyear CEO Arnie Holland’s college roommate at the University of Pennsylvania.