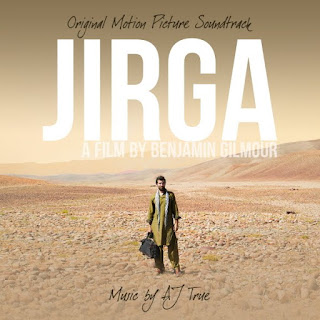 Sydney, Australia - AJ True is a Sydney based musician known for his work as a co-founder and drummer of Psychobilly band Zombie Ghost Train from 2002-2008. As a composer, music producer, and musical director his music has been used in film, TV, radio & theatre. His recent credits for screen composition include: She Who Must Be Loved (dir. Erica Glynn, 2019), Truth Be Told; Lest We Forget (dir. Erica Glynn, 2018), JIRGA (dir. Benjamin Gilmour, 2017), Paramedico (dir. Benjamin Gilmour, 2012). In 2019 his JIRGA score was nominated ‘Best Music’ in the Film Critics Circle of Australia Awards (FCCA).

“Can you make the score sound like Ennio Morricone meets Giorgio Moroder in the Afghan desert?” This was one of the directions I got from Benjamin Gilmour when he asked me to compose the music for his latest Australian feature film, JIRGA. With those two references, this was a dream job for a composer.

Benjamin wanted a score that would be recognisable and as individual as the film itself. We aimed to achieve this with diverse and unconventional instrument combinations; Afghan rabab, tanbur, harmonium, electric guitars, vintage 70s synthesizers, cello drones through guitar distortion pedals, and a string quartet.

Benjamin was interested in steering away from typical film music with this score. He wanted a collection of music, strong enough to be a standalone piece of work, without sounding like ‘screen music’. I aimed to achieve this by composing themes away from the film. I made notes as I saw the rough cut then composed for a few weeks and sent off some possible themes to Ben. He would select his favourite pieces and we’d temp them into the film while it was being edited. As the film was refined, we’d tweak the cues to fit the scenes in more of a traditional way. This was a great way of working as it meant that music took its natural course in the development of compositional ideas and motifs.

It’s always interesting to be pushed into unknown territory and encouraged to take risks. Benjamin would send me obscure 70s electronic music that I had no idea existed (Ash Ra Tempel, Brainticket, Edward Artemiev). He would ask me to find weird synthesizers, experiment with unusual combinations of instruments, and try different production techniques. All traditional film instrumentation would need to be put aside, even our string quartet would be mixed in a way to make it sound like it was played by a synthesizer by our excellent music mixer, Dave Hammer.

In addition to vintage synthesizers, Benjamin and film producer John Maynard were interested in hearing a layer of drones under the other musical elements. We settled on cello (through distortion pedals), doubled with harmonium. These drone layers help create a feeling of tension that lasts through most of the film, it also grounds each cue in a tonal center, a sort of minimalist ‘basso continuo’.

The songs performed by cast members Sam Smith (Mike Wheeler) and Sher Alam Miskeen Ustad (the Taxi Driver) were their own arrangements, performed on location and recorded by Ben in Afghanistan. When Sam and Sher Alam sing and play songs for each other, unspoken connections are made, cultural differences are transcended and their music becomes a third character that unites and disarms. Only through the sharing of music are they able to finally connect and recognise each other through their veil of differences. In those desert scenes you can see this happening for real on screen. It’s a beautiful thing. When we weren’t talking about the work at hand, Ben and I had many conversations about music’s mysterious power to cross great divides, opening doors to knowledge, understanding and acceptance. Hopefully some part of the film’s message can find its way into the real world. 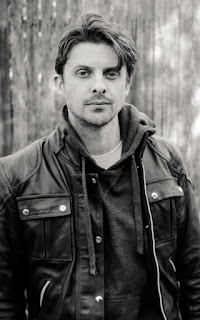