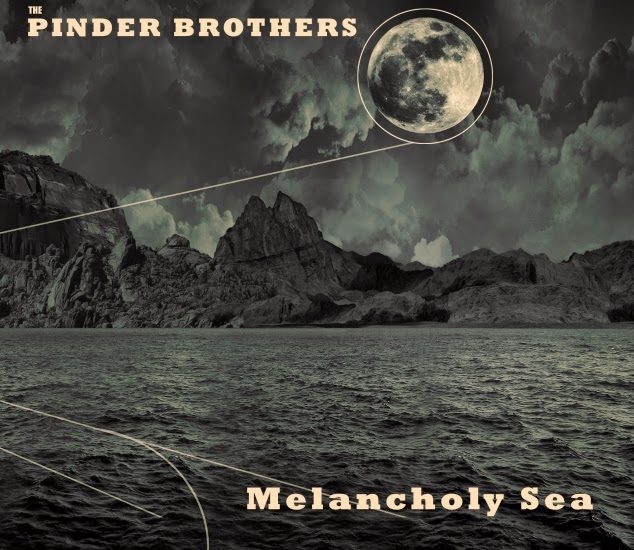 Sons of Moody Blues founding member Mike Pinder carry on the tradition, as their own SoCal followers continue to burgeon

Los Angeles—The Pinder Brothers may not be the first pair of siblings to proffer an intrinsic fusion of vocal harmonies, but add to the mix crafty sing-a-long melodies and enough of a rock edge to engage the masses. That is the musical mantra of these brothers in arms’ third full-length release “Melancholy Sea.”

Of course, the many current fans of Matthew and Michael Lee are already aware of one other essential factor. Let’s call it pedigree. Their dad Mike Pinder was a founding member of the legendary Moody Blues, who not only fulfilled the enduring band's mellotron duties, but also contributed harmony vocals.

The Pinder Brothers mesh the harmonies of Crosby, Stills and Nash alongside the songwriting style of Simon & Garfunkel, and ultimately add their own modern spin. Listeners will hear all of this and more in “Melancholy Sea,” which the pair wrote, plays and arranged.

The project’s masterfully penned lyrics create a sonic tapestry that dazzles the ear… much like the colors of a seashell inspire the eye. The brothers' voices harmonize beautifully, accompanied by arrangements that deftly ease from a bed of crunchy electric guitars into warm overdriven tones that layer as naturally as sheets and a blanket.

“There are many themes that are explored in the lyrics of our new project,” Michael says. “With today's manic lifestyle, we sometimes miss out on absorbing the beauty that is all around us. Our mission is to maintain that sense of wonder. It could be right in front of us in a scene that we pass day after day. That is the overall theme of our new album.”

Among highlights, “Here We Go” illustrates how such a rapid pace can interfere with the simple enjoyment of the moment. The lyric relates: “Life seems impossible sometimes, It's hard to just go with the flow.” Other tracks delve into bends in life’s journey, exploring other universal themes fortified with endless sonic surprises throughout the eloquently crafted album. And as a wickedly wonderful bonus: founding Moody Blues members Mike Pinder and Ray Thomas make a guest appearance on the album’s finale track “Summer Moon.”

It could be said that The Pinder Brothers have 60's Brit-rock heritage in their DNA, with a healthy dose of California style thrown in. Hailing from Northern California, Matt and Michael Pinder grew up playing music and performing together whenever possible.

How could they not, with the sounds of the lost chord echoing softly in their ears. Thankfully, Mike Pinder’s innate talent has been passed on to his sons—who are now creating their own legacy.

Audio samples and purchase of The Pinder Brothers’ “Melancholy Sea” at: cdbaby.com/cd/thepinderbrothers22