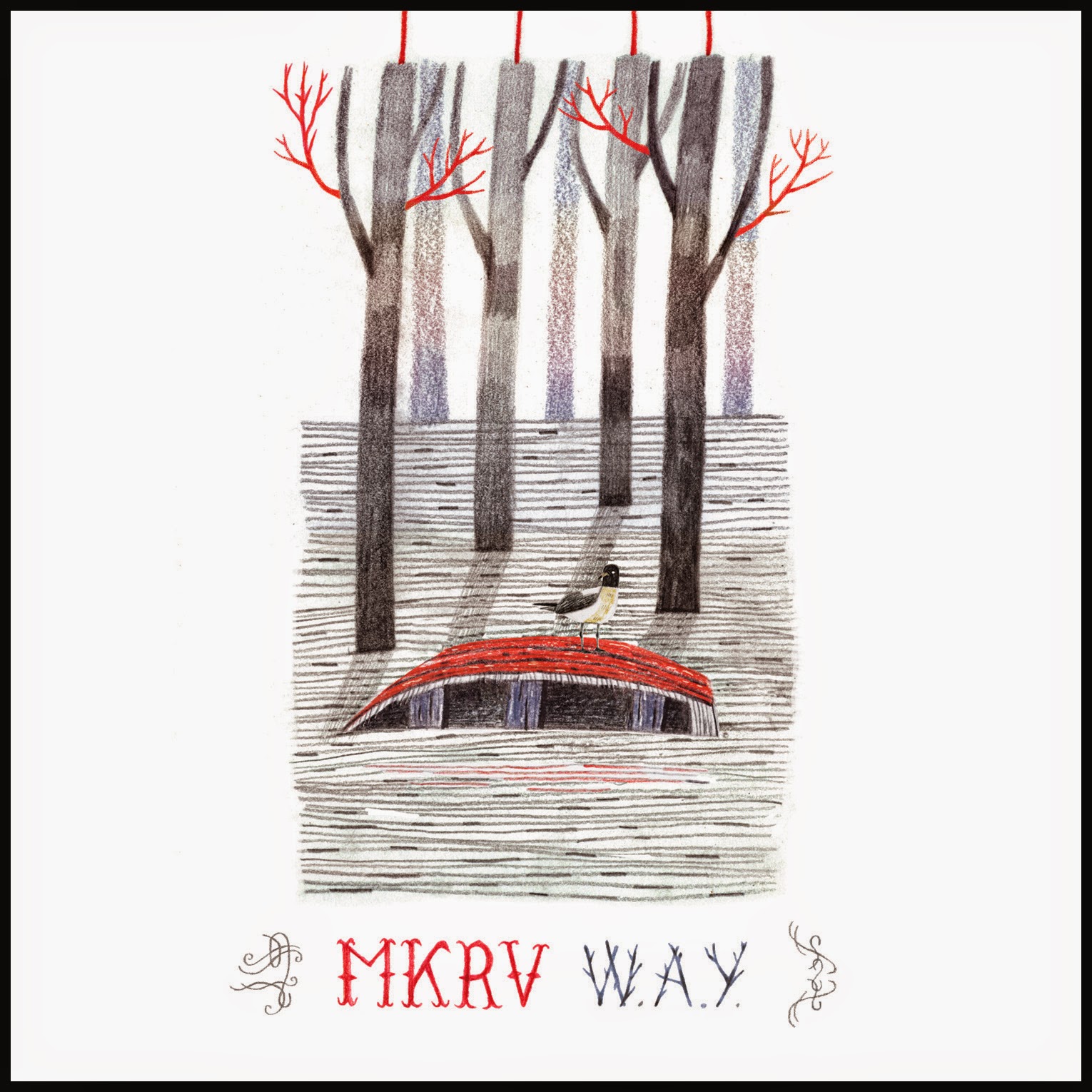 San Francisco, CA – Who cares about good music in Russia? Nobody, that’s who. Once upon a time in the little town of Moscow, Dima, an up-and-coming singer/songwriter, composed simple songs and recorded them using the microphone from his gaming headphones. On one occasion his childhood friend Narek, who played piano and keyboards, decided to join him. Thus began the story of MKRV.

In 2011, MKRV recorded and released their first self-titled EP in Russia, featuring five original compositions. All of the songs were minimal in arrangement, without a typical rhythm section, but with interesting, creative melodies and a unique sound. One of the songs, Zeinabelle, was incredibly popular with its surprisingly retro feel, magnificent melody, and, unexpected for MKRV, a full string section.

With the release of their EP, MKRV realized that in Russia no such band had ever existed. Minimal instrumentation, immaculate English lyrics, a never-ending stream of beautiful melodies; these were all elements that at the time had been absent in pop-music in Russia. Shortly after, in 2012, the duo released a live EP comprised of covers of songs that they personally loved. From that moment MKRV’s musical roots were clear – the intelligence of Brian Eno and contemplative nature of Coldplay, mixed with the passion for music of City and Colour.

In 2014, Narek moved to California to attend Pyramind, a music production school located in the SOMA district of San Francisco. MKRV had also just recorded their full-length LP/CD titled W.A.Y. During this time Bob also joined the duo, adding his guitar skills as well as mixing and mastering the album. Suddenly it appeared that by including a classic array of instruments in their music they could reinvigorate their identity. Furthermore, they let the world know that they were not going to stagnate in one place. They are continually developing their unique style, making it interesting for fans to follow.

The album begins with the song All this Time, which is in the best traditions of Paul Simon. The song Warmth Around You contains references to U2, and the instrumental Couple of Sparrows submerges the listener into a mysterious world of wind, loneliness, and concentration. MKRV doesn’t speak much about themselves; the main thing worth our attention is their music. Why would we need anything else if all the answers to our questions can be found in the music itself? All you need to do is give them a listen.

MKRV produce their music to immerse the listener in an atmosphere of contemplation, warm memories, and reflective thoughts, which can sometimes be melancholic. These are the thoughts that make everyone a protagonist of the old movies, where the subject is love, friendship, and a path to find your real self.

MKRV’s CD W.A.Y. will be released worldwide both digitally and physically on Tuesday, August 26th, 2014.

For Physical Distribution Inquires please contact Steffen Franz or Ben Lang at Independent Distribution Collective at 415-292-7007 or via e-mail sales@independentdistro.com

For Digital Distribution Inquires contact Jerome Forney at IDCDigital at 415-292-7007 or via e-mail jerome@independentdistro.com