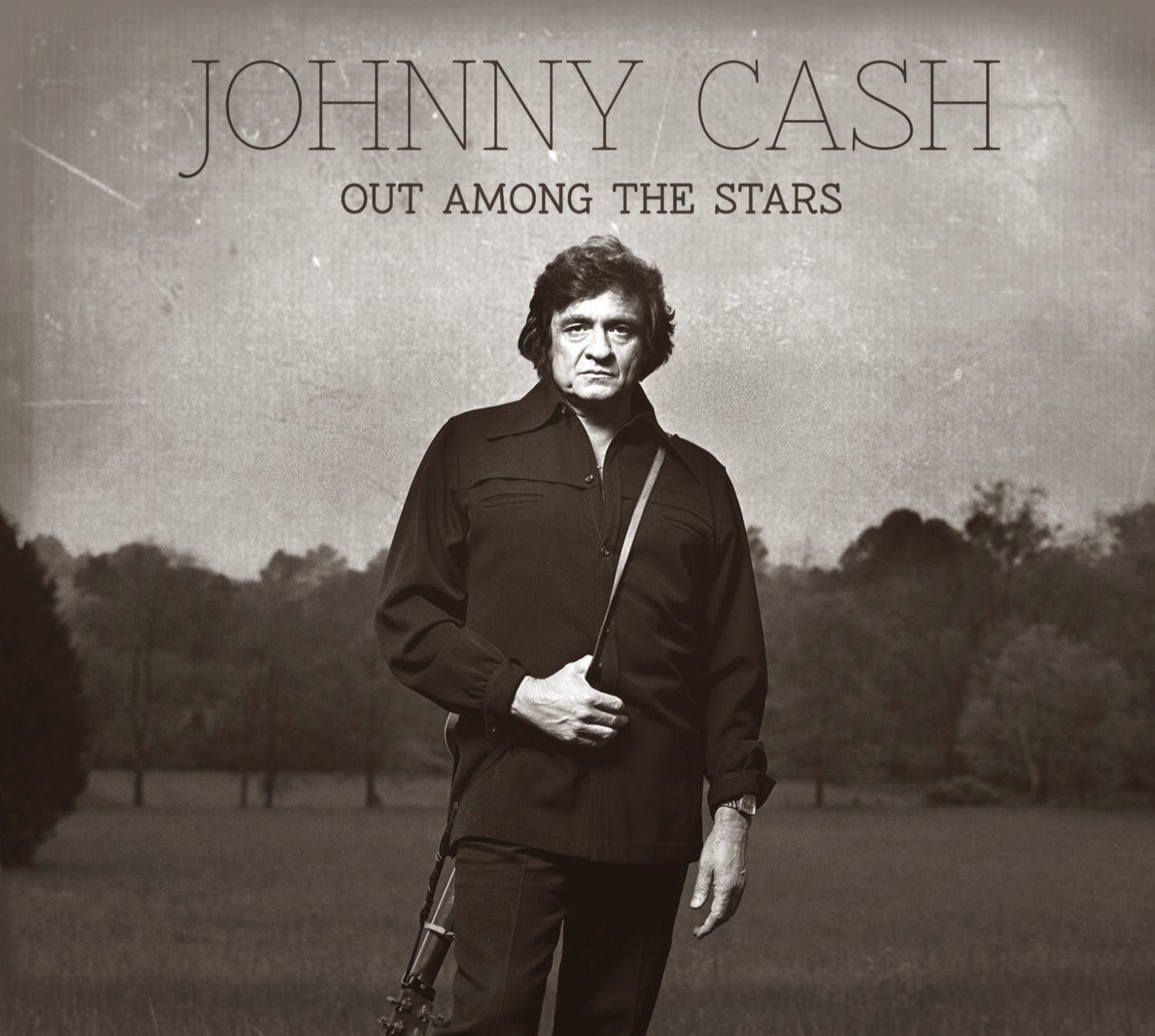 Johnny Cash has been gone since 2003 and so has his wife June Carter Cash. Their love for each other was so strong that Cash died a few months after his longtime soul mate passed. That kind of devotion and love is a direct reflection of each artist and their music. Johnny was a legend when he was alive and his legacy has continued to grow since his passing. The man and music continue to gain in popularity with the passing of time. Now that one of the most famous music couples are Out Among The Stars the music lives on forever. All the tracks on this new release are previously unreleased which is likely the most exciting factor for country music fans and followers of Cash’s career.
From 1981-1984 Cash recorded the tracks for this new release and Billy Sherrill was on hand to produce. John Carter Cash gave an intro in the CD booklet and called it Visions, allowing those of us from the outside to look inside to see what it was like to be the son of a famous singer. The genuine feeling and emotions come through in that summary and I think when you hear Out Among The Starsyou can understand what John is talking about.

This is a marvelous country album for several reasons, first and foremost it was recorded by one of the all-time greats of the genre and most importantly they are quality recordings. These tracks are not a bunch of unfinished demos or alternate versions. There are two duets with his wife June, “Baby Ride Easy“ and “Don't You Think It's Come Our Time.” The connection they had with each other was electric and spiritual. Both tracks are an example of why they were so good for each other on the stage and off. The best track is “She Used To Love Me A Lot,” which is also a bonus track. The bonus version is dubbed the JC/EC version; the EC refers to Elvis Costello and his part in production. The video provided with this review illustrates the power and magnitude of the man’s voice set to a video. His impact is still felt to this day and a release such as this will continue to cement his image and voice into the hearts and minds of millions. It was the first choice to be released as a single and the obvious choice.

“I’m Movin’ On” with old friend Waylon Jennings is memorable as well (check out the Highwaymen collaboration if you haven’t yet). They sure knew how to kick up their heels and get it done in the studio and were another example of the perfect complement to each other. I believe that the track would be another good choice for a single. There are many choices that could take that route because the release is so strong.

The musicianship is outstanding throughout this recording and Cash’s voice is clear and strong. I have to wonder why these tracks were not released once they were completed. There is always a reason but none of that is important now. What is significant is that the voice and legacy of Johnny Cash lives on. I hope to see more of these great tracks uncovered in the future.
5/5 Stars

Key Tracks: She Used To Love Me A Lot, Don't You Think It's Come Our Time, I’m Movin’ On