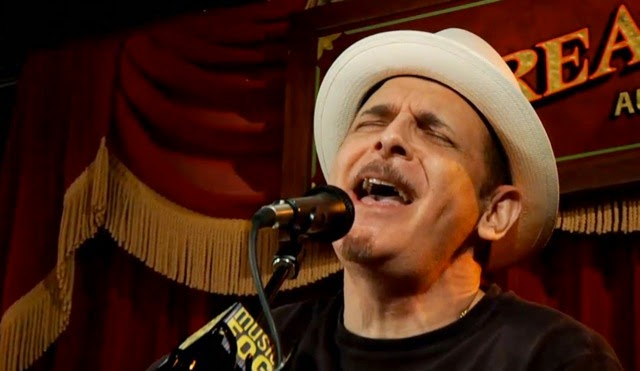 The show will emanate from The Pittsboro Roadhouse in Pittsboro, North Carolina before a live audience. Pittsboro is situated adjacent to "The Triangle" of North Carolina which includes Chapel Hill, Durham, and Raleigh.

The format will have "Toke" as the performing host as well as weekly guests from all over the country. Rosenthal likes to say that the program will be akin to the old "Johnny Cash Show" on TV. "I will be opening the show with a couple of tunes before bringing on the guests," said Rosenthal. "And before the evening is over I'm sure there will be some jamming as well. The highlight of Johnny's show for me was when he played with Dylan, Joni Mitchell, Neil Young and his other guests. We're gonna have some fun like that and we're going to keep it organic and not over produced." Tokyo's touring partner, Daniele Cagnotto, known the world over as Manguss, will be accompanying Toke as well as the guests on occasion.

The Pittsboro Roadhouse has been a major player in North Carolina music for a while and was a natural choice to host the area's first syndicated radio show."We're pleased that Tokyo singled out the Pittsboro Roadhouse as the ideal venue for his new Americana music show," said owner Greg Lewis. "We've been impressed with Tokyo since he first performed on our stage and are pleased that we can partner with him. The show fits right in with Pittsboro's growth as an exciting center for both the visual arts and live music."

Stations and networks are signing up now for the one hour weekly broadcast. Those already on board include WCHL (the show's flagship station in Chapel Hill), CMR Nashville, Wrecking Ball Radio, and The Wildman Steve Network. Over the next several weeks Rosenthal and company will announce the affiliates as well as the weekly schedule of guests. Plans are also in the works for a video version of the show.

Tokyo Rosenthal is an award winning singer-songwriter from Chapel Hill, North Carolina. His last album, "Tokyo's Fifth", placed high on all the Americana Charts, received critical acclaim, and earned him an honor in Ireland for the song, "Killaloe". The video of the single, "What Did I Used To Be?', went "mini viral". Toke's next studio release is scheduled for January 2015.