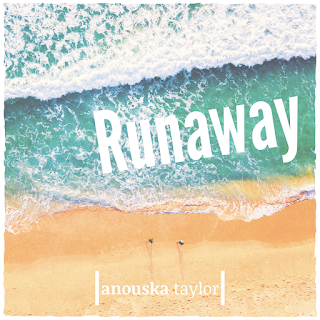 London based singer-songwriter, performer and vocal coach Anouska Taylor is back with a heartfelt new offering, ‘Runaway’. Having recently spent 12 years living in Melbourne, highlights from Anouska’s career as a performer include her soloist performance for the ‘Carols by Candlelight’ concert attended by over 25,000 people (Melbourne) and singing at her own sold-out Eva Cassidy Unplugged show (Recital Centre, Melbourne). As a solo artist and singer-songwriter, Anouska is now stepping into the spotlight and enriching the acoustic pop landscape with her soulful sound.

Recorded at Metropolis Studios with Liam Nolan (recording and mixing engineer), the track was further mastered by Dan Baldwin. “Runaway” features a star-studded line up of talent unlike any other track you’ll encounter today. Composing the music, lyrics and performing vocals and piano melodies, Anouska owns her part. The string arrangement was created by Steve Corley, and performed by a string quartet called Giardino Strings.

Explaining her thoughts on the release, Anouska adds, “It’s a love song. After experiencing so much loss, I was afraid to open my heart again. This song was written to empower me to change that.”

“Runaway” is a breathtaking ballad that could easily give artists such as Adele, Sam Smith and even Dame Shirley Bassey a run for their money. Musically captivating and able to steal your attention from any sort of distraction, ‘Runaway’ will grab hold of your heart and never leave.

An inspiring artist that turned to songwriting after the sudden passing of her parents, Anouska’s songwriting is personal and heartfelt. Having only started to get into songwriting at the beginning of lockdown, Anouska had spent her life singing other people’s music. As a vocal coach and teacher, this songstress’ goals are always related to the voice.