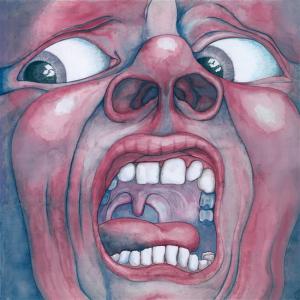 The beauty of the current wave of 50th Anniversary box set releases is that they are entering the golden age of modern rock music— the 1970's. If In the Court of the Crimson King foretells a string of influential 50th Anniversary reissues to follow, music fans have cause for celebration.

In 1969, there was the crisp, airy resonance of vinyl. In the 1980s, Compact Discs sucked out all the air and antisepticised the sound. In the late 1990s, clarity and depth were eliminated altogether through compression to fit on portable digital devices and streaming services. Only recently have we begun to move in the opposite direction. More storage and bandwidth mean larger digital files with "less loss" and high-quality sound has come full-circle and is attainable once again. Herein lies the opportunity to bring these 50th Anniversary reissues back to life by leveraging modern technology to restore the sound to its organic, multi-dimensional form.

This Blu-Ray disc in this collection does just that, featuring all-new 5.1 & stereo mixes by Steven Wilson, approved by Robert Fripp in 24/96 resolution. Wilson not only remixed the original album; he also remixed much of the bonus material that he had mixed initially in 2009. This 4-disk set includes 3 CDs of the original remixed album by Steven Wilson plus instrumental versions, an expanded edition of the alternate album from the Blue-Ray, the original master edition of the 1969 mix, plus additional tracks. Suffice to say, the sound will overtake you and force you to surrender to its majesty.

I distinctly remember the first time I heard this album. I bought it from a used record store based solely on the bizarre artwork of the Schizoid Man himself, which resembles a modern-day Edvard Munch Scream. On a warm spring day on the porch of my college apartment, I poured myself some Carlo Rossi wine from a jug, scraped enough resin for a decent bong-hit, dropped the needle, and surrendered. "Said the straight man to the late man, where have you been?" I was indeed the late man who had "been here and there and in-between." The album went immediately into heavy rotation and to this day, I can't listen to this seminal masterpiece without thinking back to that afternoon.

To think that In the Court of the Crimson King was King Crimson's debut album boggles the mind. Typically, bands need a few throwaways before finding their identity. King Crimson came out of the gates with unadulterated rawness and a sound much like truth, which hadn't been spoken very loudly until then. Not only did the music illuminate the chaos of the times, so did the lyrics. 1969 is when the walls of establishment crumbled at the hands of the counter-culture, songs such as "21st Century Schizoid Man" conveyed the angst of the dissociative and marginalized youth of the time. Images of burning politicians and starving children shed light on the mental and physical destruction of the Vietnam War and deepened the divide between generations.

Standout tracks include the original studio instrumental take of "21st Century Schizoid Man," which has been completely remixed and re-imagined by David Singleton. It adds Greg Lake vocals from later studio sessions as well as Saxophone and guitar overdubs, creating a juggernaut of a song that infuses energy amidst bravado, leaving the listener's consciousness forever altered. The instrumental closing version of "The Court of the Crimson King" strips the vocals exposing deeper-layered intricacies of sound evoking an entirely different atmosphere.

The dissection and reverse-engineering of this masterpiece provide a bounty of tracks for King Crimson and progressive music fans to sink their teeth into. "Epitaph," for instance, appears in five different forms. The "Isolated vocal, 2019 mix" is the most provocative as it isolates Greg Lake's vocals for three minutes and forty-four seconds before elevating the instrumental tracks to carry the song to its dramatic, yet gloomy conclusion.

Over the years, the band's lineup has evolved with its sound. Their 2019 tour featured eight musicians, including three drummers. They remain highly influential, and their live shows have garnered the highest of accolades. This collection falls between the 40th Anniversary Series remixes a decade ago, the earlier 2019 remastered release, and the planned 2020 box set release (which will include all of this material). What it offers collectors and fans alike is a more affordable package of Steven Wilson's remixes plus rare bonus material. Most importantly, this thoughtfully mixed and packaged release serves as a 50th Anniversary tribute, a genuflection and a gift left at the altar in the Court of the Crimson King.

* A complete alternate album comprising 2019 mixes by Steven Wilson including a much extended duo version of I Talk to The Wind, a June 19th version of ‘The Court of the Crimson King’ from the band’s final day at Morgan studios in June 1969, an isolated voice dominant version of ‘Epitaph’ & a version of ‘21st Century Schizoid Man’ which combines the Morgan studios instrumental with Greg Lake vocals from Wessex studios and August 2019 overdubs by Mel Collins & Jakko Jakszyk – the latter two mixed by David Singleton.

* A further album’s worth of additional material drawn from studio takes – much of it mixed by Steven Wilson & including extracts from the ‘wind session’ that produced the intro to 21CSM in stereo for the first time, the single a/b sides of the album title track drawn, for the first time since on disc, from the original master tapes & more are also included.

* The Blu-Ray is completed by a set of 2019 instrumental mixes and the surviving fragment of black & white footage from Hyde Park in 1969.