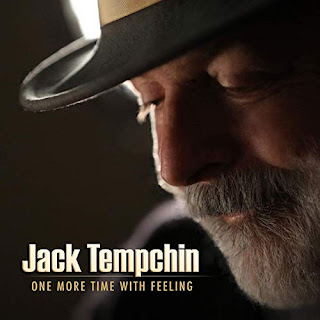 Jack Tempchin is a folk artist famous for providing the world with what is now recognized as the California Sound. He entered the music world as a member of the Funky Kings in the 1970s and then proceeded to cowrite multiple radio hits in the 80s. He worked closely with Glenn Frey, co-writing songs such as ̈True Love,” ̈The one you Love, ̈ ̈Sexy Girl, ̈ and ̈"Party Town.” Originally from Encinitas, the city of San Diego proudly congratulated him on his success in 2012, when the mayor announced a “Peaceful Easy Feeling Day” to celebrate the 40th anniversary of Tempchin’s song released as a single. Tempchin’s newest album One More Time With Feeling is filled to the brim with emotion, amazing instrumentals, and lyrics sufficient to inspire his audience.

Tempchin cleverly titled his newest album, since every single one of these songs has plenty of feeling to reveal. This album tells the story of a man going through a rollercoaster of emotions, all closely linked to love. The first song on this album, “True Love,” maintains a smooth melody, giving off a serene and calm atmosphere that suggests introspection and reflection on Tempchin’s part. It shows Tempchin first reflecting over whichever romantic battle he continues to describe in the rest of the album. “True Love” is a consistent theme throughout the album, repeatedly singing “True Loves got a lifetime guarantee” in “Never had the chance to say Goodbye.” “Love’s First Lesson” takes a much more solemn and reflective tone, claiming that loves first lesson is a broken heart. Tempchin demonstrates to his audience a glimpse of his love life and includes the highs and the lows, the good times and the bad times.