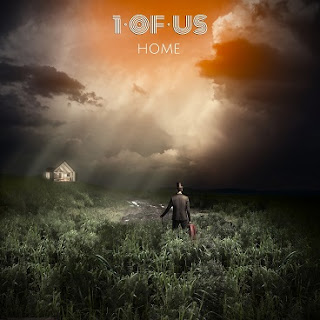 Up-and-coming Italian singer and songwriter, 1ofUs delivers his debut EP, CIRCLES, a stunning electropop record themed around his life’s journey.
Having attempted to pursue a career in music over two decades ago (he was signed to Warner at one point), the artist was forced to abandon his dreams after his project due to ‘reasons not pertaining to the music, regrettably, in the end, never eventuated’.
Pouring his creative energy into a career in Architecture, he opened his own studio in Frankfurt, Germany where he spent the next three years. He then moved back to Northern Italy where he continued to work for the next 20 years projecting buildings and vast urban areas across Europe, Asia and the Middle East.
Listen to 'Home' here:
This long overdue EP sees the artist finally returning to music, reflecting on his experience with a newfound wisdom.
‘This is the origin of the EP title, CIRCLES,’ he explains. ‘Everything in life comes back somehow, like a circle.’
No longer young, CIRCLES nonetheless feels surprisingly fresh in sound, sporting some very flashy and modern electronic instrumentation courtesy of producers Andy Whitmore and Matt Knight. Born on the border between Italy and Slovenia, his music also contains a touch of Italian/Balkan influence. The album was recorded and produced in London. Lead single ‘Home’ takes inspiration from the November 2015 Paris bombings, reflecting on the need for home as a place of peace for oneself and for others. It is a topical and highly relatable song that proves Francesco’s musical relevance and his talents as a lyricist.
As he further explains: ‘the song touches on the difficulties of being free, of loving, of being together, and the fact that this hardship must not stop the journey towards our soul.’
A music video is in the works scheduled to be finished by mid-April.
Links:
https://www.facebook.com/1ofUsUk/?fref=ts&ref=br_tf