THIS CONCERT HAS BEEN CANCELLED 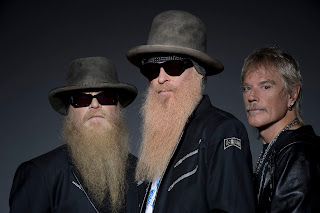 THE FULL TILT BOOGIE, an historic one-day, two-stage guitar extravaganza set for Aug. 22, is by far the biggest music festival to play this picturesque setting since it hosted over 30,000 music lovers for the Lollapalooza Music Festival almost two decades ago.

Tickets for THE FULL TILT BOOGIE are on sale NOW through Ticketmaster at $92.50. Free parking is included. Gates open 10 a.m. Complete information at www.greenmountainlive.com.

“THE FULL TILT BOOGIE features bands whose music meets at ‘the crossroads’ of Roadhouse Boogie, Southern Rock, Blue-eyed soul, Rockabilly and The Blues,” says promoter Tony Pallagrosi of UMT Presents, whose New Jersey concert company is aligning with Green Mountain Live! and TTM to produce the progressive, environment-friendly event. “This year’s inaugural festival features some incredible guitar-fueled artists. It’s gonna be 11 hours of some of the best hip shakIn’ music on the planet!”

Guitar fans won’t be able to resist the incendiary sounds and the serene surroundings that THE FULL TILT BOOGIE will deliver to the Pownal Valley, one of the most beautiful in all of Vermont.

Nestled between the Green Mountains of Vermont and the Taconic Mountains in New York, it’s home to scenic farms and villages and the perfect destination for weekend getaways. Situated quietly between Bennington, VT and Williamstown, MA, the town of Pownal is known as "The Gateway to Vermont," with a rich history that predates the Revolutionary War.

After arriving through secure gates, attendees can spread out with plenty of room to see the stage, hear the music, and enjoy the festival’s wide array of top food truck vendors and beverage distillers from around New England. Green Mountain Racetrack offers easy access from across New England and the tri-state areas with a 45 minute drive from Albany and less than three hours from Boston, New York City, and Hartford. While there is plenty of parking available on site, attendees are encouraged to carpool, access the area via Peter Pan Bus Lines, or use the venue’s free bike storage. The Pownal area has many surrounding activities and is known for weekend getaways.

RYDE, a crowd-sourcing transportation company, has partnered with Green Mountain Live! to provide regional shuttle service to THE FULL TILT BOOGIE, enabling upscale motor coaches to shuttle fans to the festival grounds  from surrounding cities and states, and provide an economical, environmentally-friendly, and highly social alternative to single-car driving.

About Green Mountain Live!
Green Mountain Live! is the home of premier music festivals and special events that will be offered throughout the summer and fall in a bucolic, rural setting in Vermont, conveniently located to major cities in New England and New York. The music venue has a vibrant history as the home of the former Green Mountain Racetrack. Known as “The Feel Good Track,” families from around New England would travel hundreds of miles to enjoy horseracing in the midst of Vermont’s incredible natural beauty. For more information, please visit www.greenmountainlive.com.