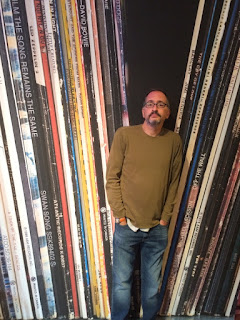 San Francisco, CA - San Francisco-based singer / songwriter Pete Kronowitt has released a video performance for his new politically charged song, "Change is Gonna Come," recorded live from the Cafe du Soleil in Lower Haight. The hopeful anthem was inspired both by the legends of American folk, as well as today's struggle for justice and equity. Pete co-wrote the song with Atlanta-based Chuck McDowell at a recent songwriting retreat in Crisfield, Maryland.

"Change is Gonna Come" is the most recent release from Kronowitt, an upbeat blend of The Lumineers and Bruce Springsteen channeling Woody Guthrie. With lyrics inspired by the most recent interview of social rights heroine Malala Yousafzai on Jon Stewart's The Daily Show, the song celebrates stories of strength, courage and action.

"Fifteen years in, this 21st century has been contentious and divisive: two wars, bitter elections leading to unproductive partisanship, and increasing economic disparity. The media and politicians believe dividing us is in their interest, "said Kronowitt, introducing the song on YouTube. "But I remain hopeful, because every now and then some person is faced with a decision, regardless of personal risk, takes the path which has a profound impact. That's what this song is about."

About Pete Kronowitt:
Pete's first album, "Phases of the Heart" recorded in 1993 has a universal appeal covering themes from family and heartbreak, to societal struggles; his music is an emotive fusion of acoustic pop and indie folk. Pete’s first album was recorded and produced by John Alagia, of Dave Matthews Band, Jon Mayer, and Ben Folds Five fame. Pete’s second album, “Threads,” was produced by Pete Snell, who toured extensively with Lyle Lovett. Pete's albums, including his more recent releases, "elements" and "Threads" are available on iTunes and streaming from Spotify and other major music services.

What Critics Are Saying About Pete Kronowitt:

"There is a tremendous comparison available here in Kronowitt's case, in Which Kronowitt sets eirself to be the inheritor of the mantle Elvis Costello." - JMcQ, neufutur.com

"Sounds sincere and you can feel the drive for merit and love in his voice." - Erika Ellis, thecelebritycafe.com

Pete has toured extensively throughout the United States and Asia, on his own and with collaborator and long-time friend, bassist John Coppola.