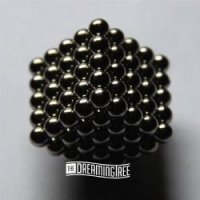 The Dreaming Tree, yet another new band to The Ancient One, is not “new” in the true sense of the word since they have been around for over 10 years. Formed way back in 2003/2004, this release, Silverfade, is the 5th to be issued following on from an early self-titled EP (2004), Grafting Lines and Spreading Rumours (2007), Unplugged One How To Sound Good Naked (2010) and Progress Has No Patience (2010).

Silverfade is a 14 track album with a total playing time of around 66 minutes. The longest track on offer is track 4, “Forever Not Forever” running on for 8:05 minutes, with track 8, “Jaded Summer Long,” the shortest on the album at under 2 minutes (1:39) in length.

The opening track on the album, Silverfade, “Yesterday’s Tomorrow” (3:41) starts with a solo piano then quickly bursts into chunky guitar chords with some excellent bass and drums the foundations of the track. The vocals are clear and light and it is a track that bursts into life, but all too soon has gone and doesn’t seem to have had enough time to leave a melody in your head. There is an interesting use of the trumpet soloing and taking the track out.

Jumping beat and an interesting synthesizer in the background, heralds the entry of “Heart Shaped Bruises” (5:24) but at times it seems to careen along, almost out of control. The musicians seem intent on trying to get a 5+ minute song to finish in less than 3 minutes. The highlight of this track is the superb guitar work after the halfway point.

“Yours To Find” (3:23) has some nice organ swathes but the chunky guitar style seems to be already overshadowing everything else. Next up is the longest track on Silverfade, “Forever Not Forever” (8:05) although the band sings “Forever’s Not Forever.” This has a very atmospheric introduction with a softish guitar melody, tinkling bells and a great bass and I was really looking forward to this track evolving into a different entity to the previous tracks. Just around the 1 minute mark, when the chunky guitars enter the scene, my interest faded a little. One thing I will say about this track is that it oozed potential, but the vocals appeared to be weak at times and there seemed to be too much veering this way and that within the instrumentation. A little “pruning” could have made this track deserve the term “stunning.”

Taking the next 4 tracks in quick succession, “Cherry Winters” (4:42) is a harmonious and jazzy track, followed by “Autumn Haze” (5:20) which is more guitar/ organ driven and then “Higgs” (3:52) and “Jaded Summer Long” (1:39) both lean heavily on the chunky driving guitar.

The next track, “Every Minute Lost” (4:25) stands out due to its slower tempo, clear vocals and more laid back sound, but ultimately loses out to an unnecessary blast of guitar pyrotechnics as it exits. “Loose It Off” (3:39) has great vocals and harmonies, and is another example of the slower style, but then changes tack with a guitar led passage and a strained spoken vocal, which didn’t seem to fit well before a return to the original passage.

“Song in 7” (5:11), “The Ocean” (3:16) and “Kosovo” (5:45) are in turn, driving rock, which works after the slower tracks, a very slow melodic track and then a track (“Kosovo”) that tries to merge the slow melodic style with the driving guitar, which was less successful.

The final track on the album, “Zero To Type One” (7:39) is an out and out guitar driven rock track, but somehow doesn’t quite gel.

During the review of this album, I have had bouts where the music genuinely started to excite me, but there were just as many points which left a real feeling of disappointment. It is almost as if the band have tried too hard to please everyone who listens to the album, with the result that, across the 14 tracks, the music just seems to be spread too thin.

I have been known, when reviewing a double album, to make the comment that there is a stunning single album hiding in all the tracks. With Silverfade, I feel that if the band had been perhaps a little more focused on what they wanted to do, possibly reducing the overall track number, and even trimming the length of individual tracks, this would have been a much more successful release.

This, of course, is a very personal view and as always, I urge people to check out all albums for themselves. On Silverfade, I detected huge chunks of potential, marred at times by less focused areas.