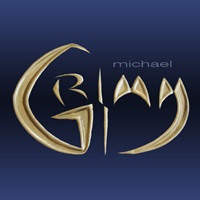 Out of the gate Michael Grimm is one of the most impressive emerging artist I have heard in quite some time.  He won the America’s Got Talent contest in 2010 and he has developed with ligthning speed since then. His first release came out in 2007 and with the latest release Grimm, I am certain his popularity will spike.

Grimm’s funky, soulful and bluesy delivery is deeply textured and emotive. He has the the all around the talent to be a worldwide superstar and I think that is right around the corner.

On the CD insert Grimm comments that this album is not what people are accustomed to hearing, it is a different sound on this album compared to others. With this “new” sound he has created with his band, I am quite certain new and old fans alike will find plently to enjoy.

“Black and White” (featured on our Rate The Tracks site) is one of the focal points of the album and with good reason. This track focuses on the many talents of Grimm. The musicianship is superb as it is throughout this entire album however everything about this particular track just sparkles and shines.

“Lonely” is not a cry for help it’s letting you know its ok to feel what you feel and makes it ok be lonely. The music pulls you in and helps to ease the pain of this emotion if you happen to be feeling it.
“Goodbye Sammy” is funky and fast moving. The vocals are outstanding and what I heard was a more difficult cadence from Grimm. He shows how versatile his styles can be within in one song. The music drives it all along and works from strength to strength.

“Bliss” is another fine outing that brings different flavors to the table. Once again great musicianship and powerful vocals rule the day. This is the tone of the entire album, strong and true from track to track.

Grimm is a five star performance from beginning to end. I heard no weaknesses in any aspect of this album; the presentation from top to bottom was a pure and pristine recording from star talent at every position. This is the kind of music you can never tire of because it is eclectic and consistently entertaining.