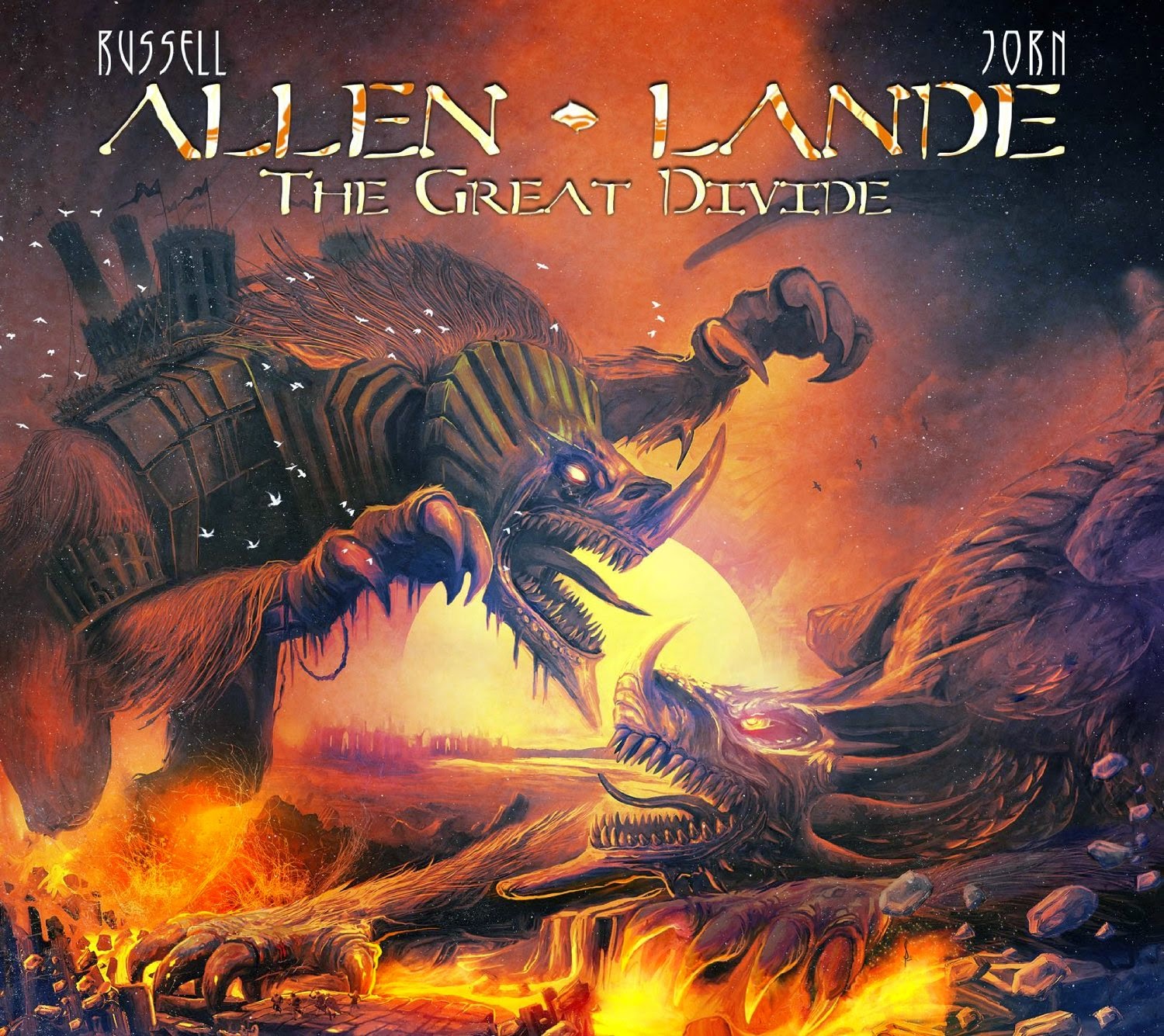 There isn’t anything like a super group and you can never have enough super groups, especially in the rock and metal genres.  Formed in 2005, Allen-Lande gets its name from its two prominent vocalists, Russell Allen of Symphony X and Jørn Lande formerly of Masterplan.  The project was spearheaded by Magnus Karlsson who served as the producer, songwriter, and main instrumentalist, handling the guitars, bass, and keyboards for the group’s first three albums.  Following Karlsson’s departure, former Stratovarius guitarist Timo Tolkki took over his role, with Jami Huovinen providing the drums and percussion.  The Great Divide is their first album in four years, and I think that it will be a divisive one.

“Come Dream with Me” is indicative of the pros and cons of this album.  On the one hand, the vocals are fantastic and really shine, and, on the other hand, the music is largely forgettable and lackluster.  Though there are a few very good songs on the here and “Down from the Mountain” is one of them.  It is more heavy metal than hard rock and it has more life than the other songs, which helps it to stand out from the pack. Also, the vocals and music are both on point. “In the Hands of Time” is another solid song that suffers the same problems as the opener.
“Solid Ground” is hopeful song with a thrilling chorus, and a vocal performance that shines yet again.  “Lady of Winter” is the real gem of the album.  The song has great ambience and atmosphere and stellar vocals.  There is a nice musical build-up at the beginning, and the guitar and keyboards keep everything together the rest of the way.  There is a special energy in this song that takes it to the next level.  “Hymn to the Fallen” drums make their presence felt during the opening, and I wish they kept the relentless sound for the whole song, because I think that things putter out as the song goes along and fail to match the intensity of the beginning.
With its heavy sound and just phenomenal vocal performance, “The Great Divide” is stellar title track and makes for a strong spot in the album’s latter part.  The blandness of “Reaching for the Stars” is saved slightly by its sweet guitar solo. Bringing the album to a close, “Bittersweet” is solid ballad with powerful vocals and some sweet guitar work.
The Great Divide is a good album with some problems.  There is no denying the fantastic vocals that dominate the album; however, the music does leave a lot to be desired.  Sure, there are a few very fine songs on the album, but just not enough to make for a completely satisfying album. It is not a bad way to spend fifty minutes, and I bet many fans of Allen-Lande will enjoy it, but it is not the type of album that I would be rushing to recommend.
3.5/5 Stars

Key Tracks: Down from the Mountain, Lady of Winter, The Great Divide