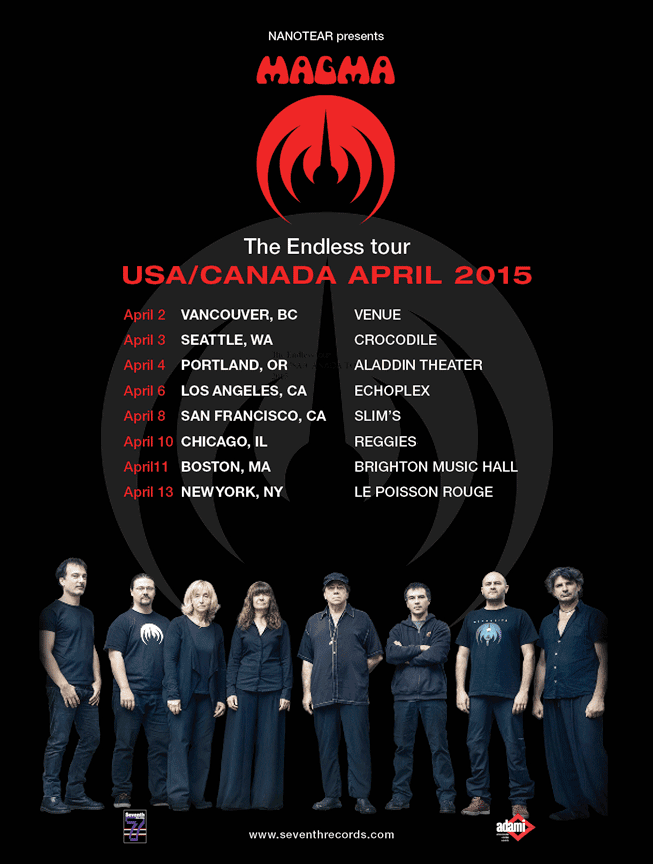 Paris, France - One of music's most innovative and eclectic ensembles Magma will be performing select North American dates beginning in April 2015! Swirling riffs in odd time signatures, theatrical choir arrangements, heavy and distorted pulsing bass guitar, bombastic and minimalistic (sometimes both at the same time), dark and brooding, adventurous and angelic, jazzy or classical, but always with the highly innovative and original drums of founder and main composer Christian Vander. On the forthcoming US dates the legendary ensemble will be performing selections of new and classic Magma music!