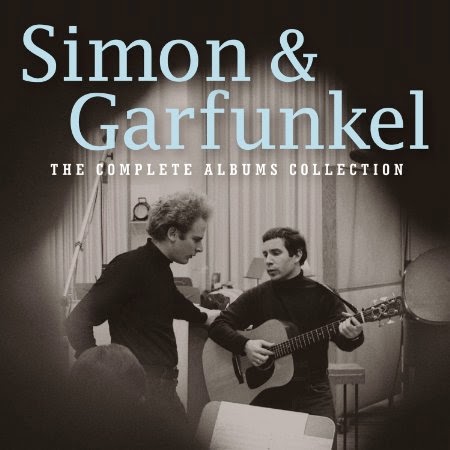 Simon and Garfunkel were a quintessential element of American culture that helped shape the 60s. You cannot make comparisons to The Beatles, The Beach Boys etc. as they had their own specific genre and audience that they entertained however they were highly regarded as a major influence in music like their counterparts.
The tumultuous 60s changed everything and it was music from the likes of this legendary duo that was a sign of the times. They were a dynamic voice heard blaring over the airwaves, a mirror of our society and all its blemishes and one of the most recognizable voices in the music industry (and remain so to this day).
The Complete Albums Collection is the most comprehensive Simon & Garfunkel library anthology ever assembled. It includes the duo's five studio masterpieces (first released between 1964 and 1970), newly remastered from first generation analog sources, and first-time remasters of The Graduate (the motion picture soundtrack album released in 1968) and the long out-of-print The Concert in Central Park that was recorded in 1981. 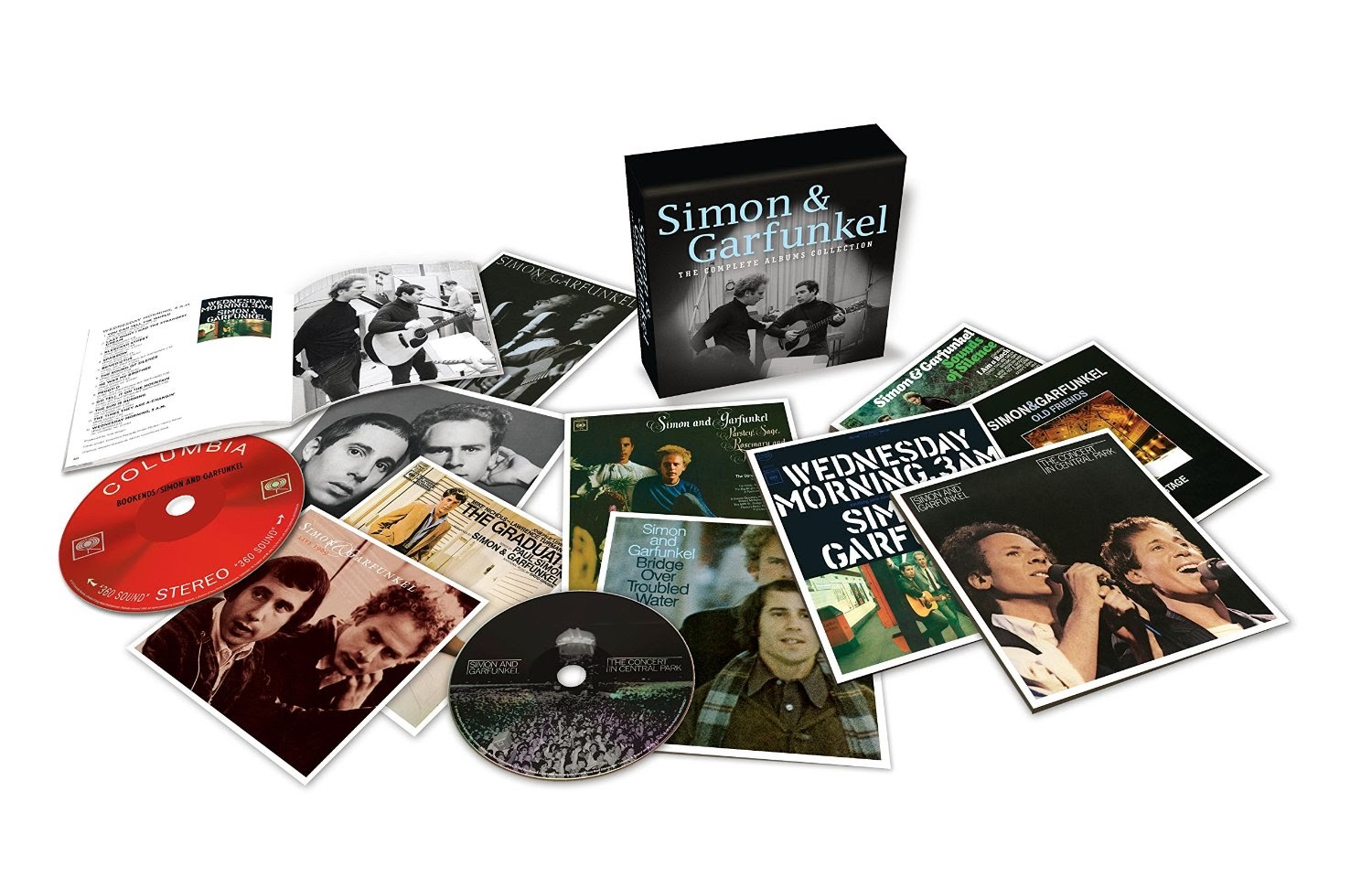 They had so many prolific and memorable hits. What is the first song that comes to mind for you when you hear the names Simon & Garfunkle? “Sounds of Silence,” “ Scarborough Fair/Canticle,”  “I am a Rock” and “Bridge Over Troubled Water” are the tracks that stand out for my memories. Growing up in the age of radio rather than the digital age was very different with no complexities whatsoever (in comparison to present day life). I either taped music from the radio on my portable tape cassette player or bought 45s or LPs at my local record store or department store. Groups like this remind me fondly of those days. Interesting enough vinyl LPs continue to gather momentum with each passing year however CD box sets such as this are still holding tremendous value for this listener. They are easy to store and do a nice job of encapsulating an entire career at a reasonable price.

Bands such as Simon & Garfunkle served as a voice for an entire generation and certainly Bob Dylan gets a lot of credit for inspiring this type of music and approach. Freedom of speech and fighting repression through words and music would shape our country into what it is today. Music is the fabric of society we could not do without and when I hear this testament to the 60s and beyond I feel waves of emotions sweeping through my entire body and soul.

There is beauty, discovery and poetry found in this box set. The expansive booklet included is an extra treat that makes it all complete for the listener that wants to look back and remember and the newly initiated will find just as much awaiting their ears.

These two voices, Paul Simon and Art Garfunkle, were the perfect blend that made the music sound just right every time. This is history; validation, memories and reminders of the past and just how important one musical duo became an intrinsic part of our society. In fact most people new when you turned on the radio anywhere there was good chance one of their songs would be playing as frequently as daily news reports. We could count on them and they knew how important airplay was to their career. It doesn’t work that way anymore and a lot of the time I wish it did but we are an advanced society with complications that would have been beyond our comprehension back then. Music from these two legendary performers somehow makes it all better for a while.

The Complete Albums Collection is a must have for any music fan or anyone interested in folk-pop music and the roots of change that spurred on an entire generation. It's more than music, it’s about our lives. What you get are 11 albums that are truly a document to an entire career and it can be a keepsake and always a revelation if you open your heart and mind.