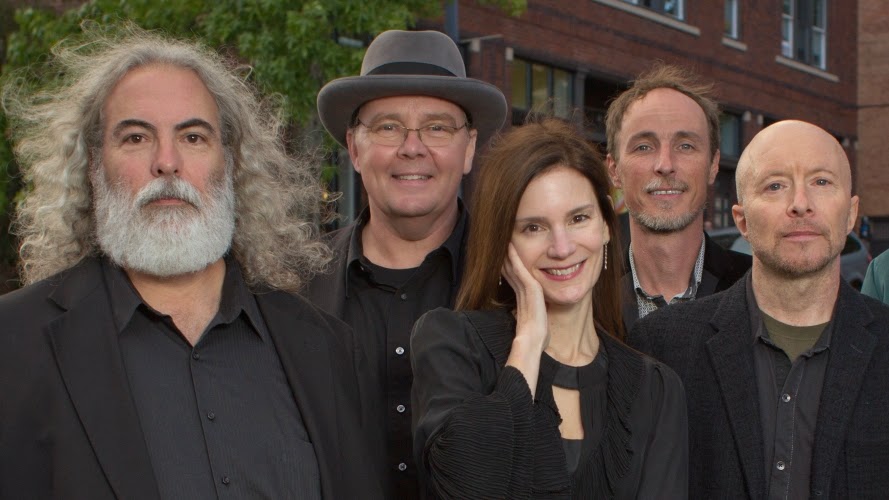 Los Angeles, CA - With nearly 10 million albums sold, 10,000 Maniacs are one of the most successful bands to emerge out of the college alternative rock explosion of the mid-‘80s. For over 30 years, they’ve watched their musical influence pass from generation to generation of neo-folk upstarts who, like the Maniacs themselves, sought out the warm organic soul of rock music amidst a cold, cacophonous digital mainstream. Now the group has just signed with a new label, L.A.-based indie Cleopatra Records, and is about to release the most ambitious album of their career, a full-length collection of their interpretations of traditional British Isles folk songs, titled Twice Told Tales. Scheduled for release in April of 2015, this new project digs deep into the historical roots of not just the Maniacs’ own sound but Western music generally, and finds the band at the very top of their musical, melodic game.

Founded in beautiful Jamestown NY in 1981, 10,000 Maniacs quickly coalesced around keyboardist Dennis Drew, bassist Steve Gustafson, drummer Jerry Augustyniak, guitarist Robert Buck, guitarist/vocalist John Lombardo, and a young soon-to-be superstar vocalist Natalie Merchant. The group released a series of critically-acclaimed albums through the ‘80s but catapulted into the rock stratosphere with the major hit single “These Are The Days” from the multi-platinum selling album Our Time In Eden. When Merchant departed after the equally well-received 1993 release, MTV Unplugged, the group continued on with violist Mary Ramsey on lead vocals and John Lombardo, who had left the group in 1986, returning to the fold. Through the rest of the ‘90s and into the new millennium, the band remained very active performing live shows with a variety of line-ups, most notably with a new guitarist Jeff Erickson replacing founding member Robert Buck, who passed away in 2000. In 2013, the Maniacs finally returned to the studio for their first album of new music in 14 years. Buoyed by the success of that album, the group once again saw founding member John Lombardo return, and together they conceived the Twice Told Tales project, which has already gained a considerable buzz among the 10KM fanbase. Cleopatra Records is proud to be partnering with such an enduring and beloved band, and hopes to see this important project usher in a new era of success for these well-deserving Maniacs.