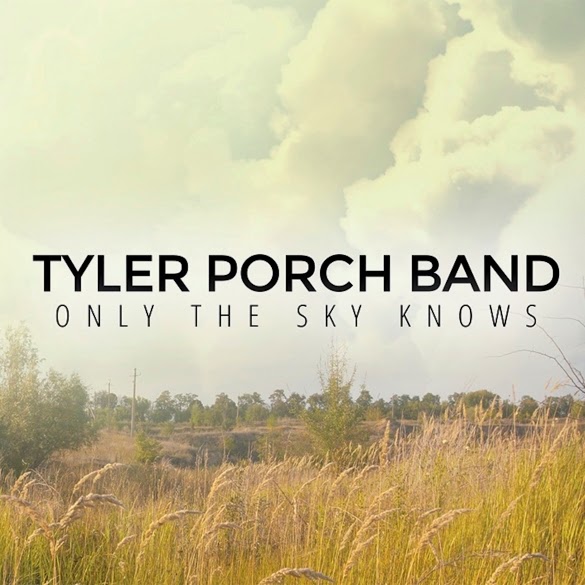 Atlanta, GA – Blues-rock is alive and thriving with the second EP release 'Only The Sky Knows' by The Tyler Porch Band, an Atlanta-based group, formed in March of 2013. Power trios have a long history in rock and blues music, and this trio has every intention of carving their own path into that lineage. Tyler Porch, the 18 year old frontman, takes care of the guitar riffing and vocal responsibilities. Since eleven years old, he's been following in the footsteps of Stevie Ray Vaughan, Buddy Guy, and Albert King. He is currently attending Berklee College of Music in Boston, MA. Brad Kemp (28), holds down the bass in the trio. He has played guitar in many bands in the past, and turned out to be an excellent bassist. Coming from a heavier musical lineage, Brad helps to add a little more bite to the blues base of the band. Joey Robertson (34), the box-banging extraordinaire behind the kit, keeps the band together. Also coming from a heavier musical history, he and Brad give a heavy foundation on which the syrupy sweet blues licks and raw vocals sit comfortably.

Says Tyler, “The biggest theme in our material is similar to that of many old blues stylings, 'When you love a woman, she'll tear you apart. When don't have a woman, she'll tear you apart then, too.' But at the same time, I wanted the lyrics to come out less like traditional blues and a little more in depth and intriguing. For example, the title track and single of the EP, 'Only The Sky Knows', has the undercurrent of wanting to find that perfect partner in life, and even though there's the possibility that he/she doesn't exist, you look anyway, because hoping is easier than giving up.”

After two months of setup, recording, producing, designing and playing, the trio's latest recording effort is finally done and ready for release. It was recorded in a basement and bedroom, and completely created by band members, Joey Robertson (Drums), Brad Kemp (Bass), and Tyler Porch (Guitar/Vocals). The phrase, “Where there’s a will, there’s a way” should be amended to “Where there’s passion, there’s a way!”

Says Tyler, “I think we wanted to prove with this EP that you don't need thousands of dollars of equipment and a huge studio production to create a good quality recording. We chose to go very low key, recording live as much as possible and capturing the feel of band members interacting. The whole production took place in a basement and a bedroom. I had all of the material written, and the guys listened to it and kinda get a feel for it, then we just tried some stuff and figured out what worked and what didn't. It was a lot like throwing stuff at a wall, and if it stuck we kept it, if it didn't we left it on the floor and moved on. It took us about three days to get our base tracks done, then another two days to overdub parts and redo vocals. I did the majority of the mixing and production, with the input of Brad and Joey.”

Recorded in a basement and a bedroom, “Only The Sky Knows” promotional video:
https://www.youtube.com/watch?v=J5BDIWnBuiM

In support of the new release, the trio performed at Harry A's in Saint George Island (Florida) for a two night stand August 13th and 14th. They will be playing back home in the north Atlanta area for the 29th (Jump Kitchen & Saloon) and the 30th (Pure Taqueria Woodstock).

In closing Tyler has this to impart, “The biggest thing we want our fans to understand is that music is made by musicians. I won't point fingers, but there are many artists that are very successful today that I wouldn't call musicians. Now, it takes talent to create likable arrangements of audio and samples, but I wouldn't call that musicianship. We want to help put the musician back into music, and have it just be raw and real and just plain exciting. That's what got all of us into music, and we hope that is can excite and re-inspire my generation to get out there and support or join the musicians doing what we are.”