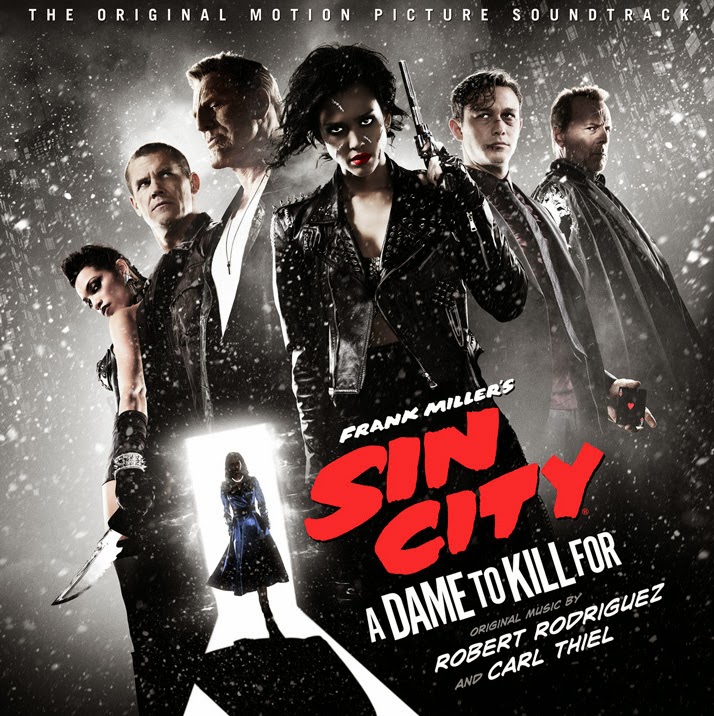 Camarillo, CA - Movie aficionados and soundtrack buffs are ecstatic with the release of “Sin City - A Dame to Kill For” Original Motion Picture Soundtrack on CD by Marshall Blonstein's Morada Music. “Sin City - A Dame To Kill For” is the highly anticipated sequel to the 2005 international smash, “Sin City”. “Sin City” grossed 74 million dollars in the U.S. and 158 million dollars worldwide. The new film is directed by Robert Rodriguez and Frank Miller and follows the neo-noir crime action that made “Sin City” a great success.

The soundtrack is produced, composed and performed by Robert Rodriguez and Carl Thiel with a special Bonus track titled “Skin City” with vocals by Aerosmith's Steven Tyler.

The CD booklet contains a stunning selection of movie stills and character photos including the now infamous Eva Green poster image that has been banned by the Motion Picture Association of America's censors as inappropriate and “too racy” to be displayed in theaters.

Rodríguez has directed many groundbreaking film sagas and box office winners that have gone on to cult status beginning with “El Mariachi,” “Desperado,” “From Dusk 'Til Dawn” and the “Spy Kids” movies.