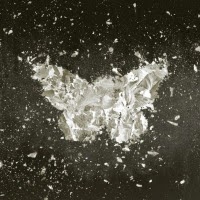 The album up for review is another of those that might have slipped through The Ancient One’s net, as I had not heard of the band before. The band in question hail from Switzerland and are called Dawn, which did have a little voice singing away in the depths of my mind “Knock Three Times etc”, but this is definitely NOT that same band. Dawn had their debut album, Loneliness, released back in 2007 and now comes album number 2, Darker. Dawn join a little group of excellent bands currently producing great music from Switzerland, such as Zenit, Diaphonic and Divus, and the music that Dawn provide would sit happily in the symphonic prog rock niche.
Dawn is a 4 piece band with the members involved in the new album, Darker, being Rene Desgoumois (vocals, electric and acoustic guitars), Nicolas Gerber (keyboards), Julian Vuataz (bass) and Manu Linder (drums). The influences cited by the members of Dawn reads like a “Who’s Who” of progressive rock and includes Pink Floyd, Genesis, Led Zeppelin, Van Der Graaf Generator, Caravan, Jethro Tull, King Crimson, Isuldur’s Bane and Gnidrilog, amongst many more.
Darker is a concept album which, as the magazine adverts associated with the release state is, “riddled with the vintage sound of the 70’s.” The album is an 8 track offering with a total playing time of around 68 minutes. The penultimate track, “Lost Anger,” is the shortest at 2:22 minutes and the longest track on the album is “8945” which moves the clock on to 19:02 minutes.
The opening track onDarker, is “Yesterday’s Sorrow” (2:25) which sets the ball rolling with “church organ style” keyboards and shimmering drums merging into a mellotron/keyboard passage which makes you feel that you have been transported back 40 years or so. This is an excellent starting point to the album, which is then taken up by “Cold” (9:43) which introduces us to the very characteristic vocals on the album. The most striking feature of this second track however is the stunning symphonic arrangements, interspersed with some heavy guitar riffs, and the music weaves from symphonic to almost space-rock style sparseness. The title track, “Darker” (10:57) follows and is a much heavier styled track with the “flying synth” sound suggesting early Hawkwind overtones, but it soon evolves into heavy riffing guitars and stronger, more powerful vocals. Sections of more subtle retro sounding keyboards sit perfectly with the heavier sections. Beautiful soundscapes are generated by the more sparse sections of the music, where the gentle bass and guitar merge into keyboard passages. The shorter and much more quirky “Lullabies for Gutterflies” (4:33) stirs memories of bands like Gentle Giant and Yes, with some repetitive keyboards and a very simple hook melody.
The epic track, “8945” (19:02) would best be described as a moody, atmospheric tour-de-force, which is a slow builder for the first three minutes and then heralds in a superbly played guitar passage  which carries the track onto a full band workout. Stunning keyboards around the 6:30 minute point allows the track to start building again with some old radio commentary being heard. This certainly gives a little nod of the head to the sounds of Pink Floyd and King Crimson styled “noodlings” which around the 10:30 minute mark move the track into a much looser sequence of very atmospheric material which just about ends before it becomes “too much” and moves into Deep Purple keyboard territory, more mellotron and more radio commentary. The track moves into an extended repeated passage which slowly builds to end the track.
Track 5, “Out Of Control” (7:44), starts out like a straightforward hard rocker, but settles into a superb track with weaving guitar and keyboards, interspersed with a much more confident sounding set of vocals. Around the 5 minute mark, the sound drops away totally to be picked up by a subdued guitar and swirling mellotron and the return of the vocals. The track ends with the sound dropping down again leaving a very plaintive vocal. “Lost Anger” (2:23) is almost like a little band workout with keyboards and mellotron, very rhythmic bass and drums and a buildup into a symphonic section which then drifts away to the end.
The final track on Darker, “Endless” (10:43) is filled with the sound of Hammond organ passages interspersed with guitars and encompassing some excellent melodic arrangements. The ethereal, floating   keyboards that seem to be here and there in the mix are simply superb.
On Darker, Dawn has successfully produced a stunning album which encompasses the retro sounds of 70’s progressive music but sounds fresh and up to date. The musicians show that they appreciate those early sounds and can shape them into a sound for the 21st Century. This album should certainly grace the CD shelves of many prog fanatics so, it has the “One to Buy” sticker emblazoned across the front, and makes this listener eager to track down the debut album and also keep an eye, or should that be an ear, out for future material from the band.
4.5/5 Stars
Key Tracks: Cold, Darker, 8945
Tracks:
Yesterday’s Sorrow
Cold
Darker
Lullabies for Gutterflies
8945
Out Of Control
Lost Anger
Endless
Jim “The Ancient One” Lawson-Sr. Reviewer Prog Rock Music Talk