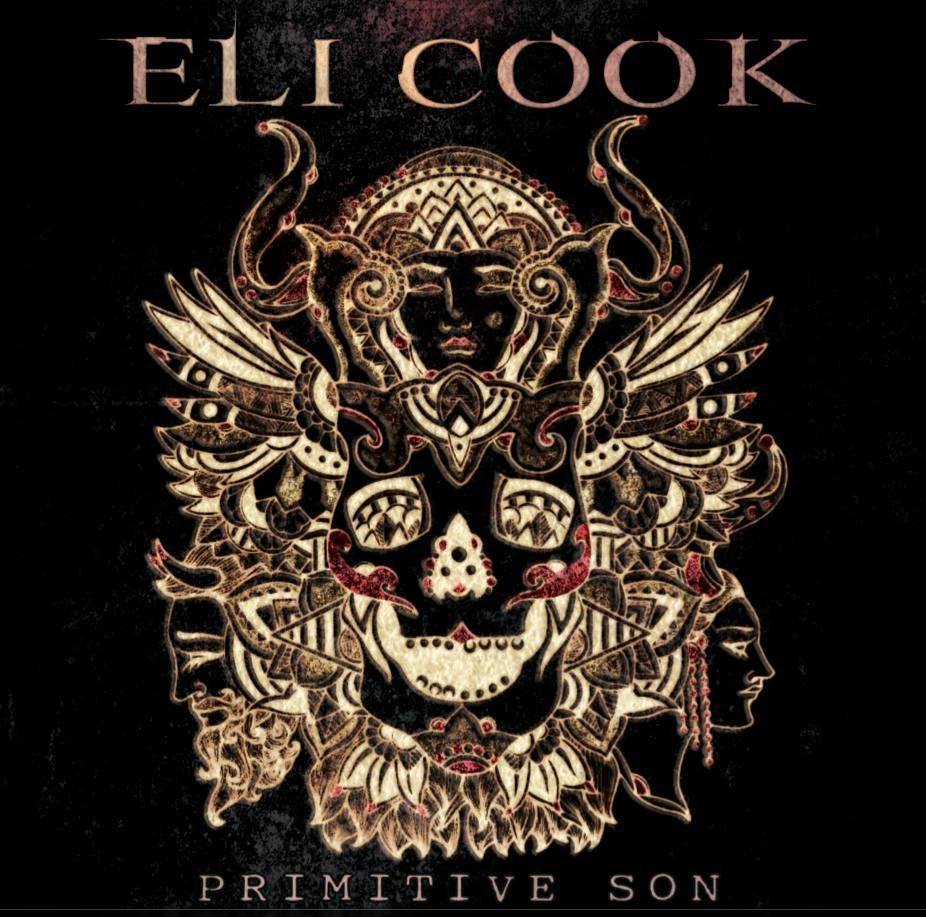 Says Eli, “ 'Primitive Son' is a mix of modern and old-school blues with contemporary topics and an emphasis on lyricism and arrangement in an epic bar-rock format. With production and vibe, much of the material was constructed be a kind of 'Exile on Main St' with modern recording and songs, type-of-thing. There are a few more slick production pieces that we pushed in an almost cinematic direction for dramatic effect, and that comes from me being a film score nut. I like creating dynamic arrangements with limited instrumentation.”

“I have heard quite a few guitar players that are young and just starting out. When I was asked to play a track with Eli Cook I wanted to see if there was something there. Believe me when I tell you THERE IS SOMETHING THERE! I hope you enjoy listening to it as much as I did playing on it. Eli is on his way!” - Leslie West

Eli took up the guitar as a teenager in the Blue Ridge foothills of Virginia. Following the tradition of the great blues men, he performed in churches and late-night gospel revivals with only his acoustic and deep baritone voice, while playing every hole-in-the-wall bar that could handle his electric power trio. Blending the influences of John Lee Hooker, Muddy Waters, Fred MacDowell, Bukka White and Lightning Hopkins with the likes of Clutch, Soundgarden, C.O.C, and Rage against the Machine, he forged a fresh sound, alive with the southern blues tradition.

Eli recorded and released his first two albums between 2004 and 2007: the all-acoustic, original-roots album 'Miss Blues’ Child' on the Sledgehammer Blues label, and a heavy blues-rock release 'ElectricHolyFireWater'. During this time he was invited to open for B.B. King on King's east coast tour. Since then, Eli has shared the stage with Johnny Winter, Robert Cray, Parliament-Funkadellic, Gary Clark JR, Roomful of Blues and many others. In 2008, Eli released his third self-produced album, 'Static in the Blood', a modern R&B/Rock crossover project featuring ornate experimental studio production. The follow up album, 'Ace Jack & King', a return to roots-blues and heavy guitars, received critical acclaim. The All Music Guide proclaimed that Eli could be “the best blues singer of his generation.”

In 2013, Eli signed with LA-based label Cleopatra Records to begin work on his 5th studio album, 'Primitive Son', featuring guest appearances by rock and blues legends! Now, much to the excitement of Eli's fans worldwide, the wait is over!

Eli has been earning rave reviews from both critics and fellow blues musicians alike - Tinsley Ellis called him a “triple threat, obviously a great guitarist but also an emotive singer and an innovative songwriter. He’s in the vanguard of young, 21st century blues rockers!”

“I was honored to record for Eli's new cd. The track is destined for stardom, as is Eli!” - Rod Piazza

Says Eli, “The label was instrumental in getting the guest stars on board, though they did have to approve of the material before agreeing to collaborate. It's nice when people like Leslie West, Eric Gales and Tinsley Ellis dig your songs and get inspired to rock out on them!”

Eli Cook's 'Primitive Son' iTunes pre-order link: http://georiot.co/EliCook – featuring the song “Revelator” available as an “instant gratification” track (meaning that it can be immediately downloaded by anyone who pre-orders the whole album).