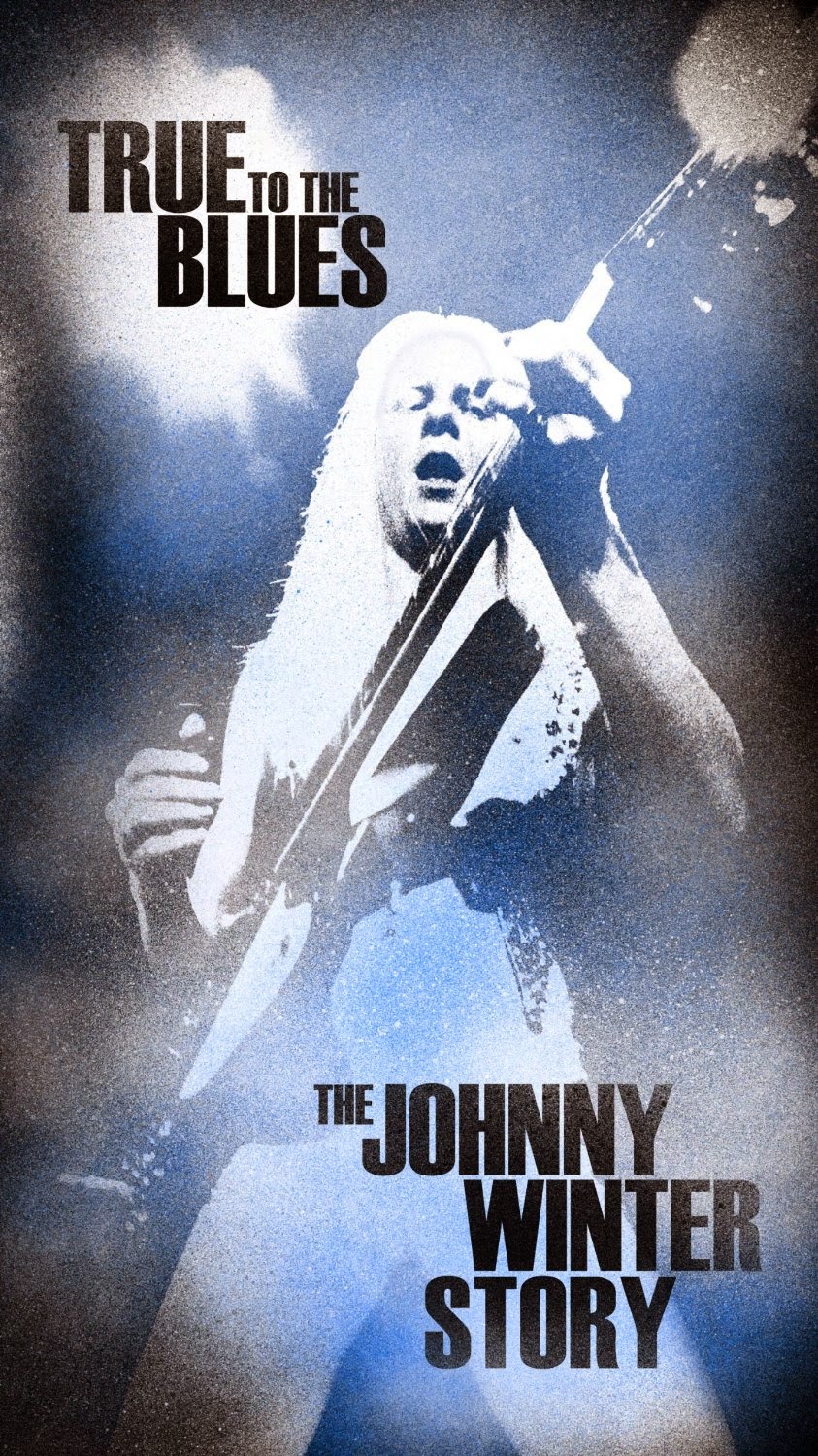 Johnny Winter has been True To The Blues for a lifetime. Blues rock fans have been the fortunate recipient of his burning desire to play that style of music for five decades.

True To The Blues - The Johnny Winter Story is 4-disc box set that does a nice job of encapsulating an amazing career. Winter pushed the limits of his capabilities and life itself and has somehow defied all odds to survive artistically and in a literal sense. He always comes out the other side a success. Now 70 years old and still burning the flame of the blues, his is truly a miracle of music. This Winter should have been in a box a long time ago due to his drug abuse but here we are celebrating his 70th birthday this year and his incredible contribution to the blues with a different type of box.

This definitive box set offers a booklet with quotes from music legends regarding Winter and several pictures during the course of his career. This is the first career spanning box set for Winter and it makes you wonder what took so long? There are two previously unreleased tracks included to sweeten the pie. “Eyesight to the Blind” and “Johnny Winter’s Intro “ are both culled from the Live At The Atlanta Pop show. This is a nice set however it think it could have been more complete if a DVD of interviews and live performances over Winter’s career were included. For pure musical enjoyment it gets and A+.

Listening to these four discs reminded once again who the king of the white boy blues is. His guitar playing is simply on fire and his vocals are one of the most recognizable in recorded music. His strong rock voice has been one of the greatest live and in the studio. He is revered by his peers and music fans alike around the world.

I have seen Johnny live twice and can tell you he still has that mojo workin’ without a doubt. Having had the pleasure to meet him as well was something I can never forget. The music is what makes the man not the man that makes the music and I would be willing to bet the humble Mr. Winter would agree.

With so many tracks to choose from I found it difficult to focus on anyone in particular. All are notable and stand alone as great accomplishments from where this listener sits. To sit and listen to this entire set is a wonderful experience for any blues fan or music fan interested in rediscovering or discovering one of the all-time great guitar slingers. This is the quintessential blues from one of the greatest players of our time. Besides Clapton, Beck, Page and all the others that took blues rock to another level, Johnny Winter stands alone as one of the unique and most respected purveyors of the genre. True To The Blues is your ticket to one of the greatest shows on earth.