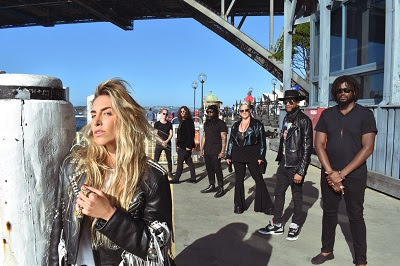 Miss Velvet and The Blue Wolf know how to rock. They were good enough to tour with George Clinton and Parliament last year so that tells you something.

The video provided is a practice session before their tour performing the track "Launch."

I thought of one of my favorite bands Living Colour when they kicked into high gear.
Their sound is composed of funk, high octane rock, hard rock, and psychedelic. Maybe Hendrix would have sounded this way if he had lived and continued to record into the 70s. We will never know that but now we have a band like Miss Velvet and The Blue Wolf to satisfy the need for a rockin' band that blends a little bit of everything.

And let us not forgot the great lead vocals of Miss Velvet and her marvelous stage presence. It takes energy and charisma to get a great song across to the audience and this lady knows how to bring it with powerhouse vocals in a sexy whirling dervish way.

Watch the video and listen you will be impressed and want more, I sure did.
Keith "MuzikMan" Hannaleck

More About Miss Velvet And The Blue Wolf:
https://missvelvetandthebluewolf.com 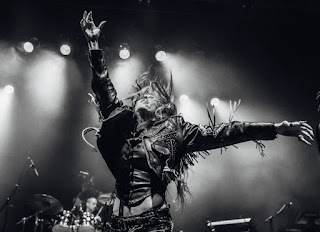