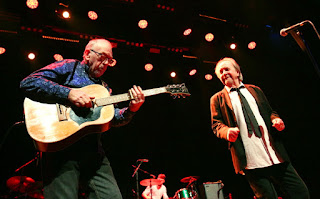 The Pretty Things have shared new single "Bright As Blood" from their upcoming album ‘Bare As Bone, Bright As Blood’ out on the 25th September through Madfish Music.

Taken from the new, entirely acoustic album, which the band had been working on right up until the sudden and tragic passing of Phil May in May 2020. The band, led by guitarist Dick Taylor, is sharing this new music in tribute to their iconic, fearless and trailblazing front man.

New single "Bright As Blood" see’s Phil May and Dick Taylor embrace moving new folk,  Americana and bluegrass overtones, coupled with Jon Wigg’s rootsy fiddle and Sam Brother’s hillbilly banjo that sit alongside writer, George Woosey’s hypnotic, driving guitar and a vocal performance from May that is as open and vulnerable as we ever heard from him.

Dick Taylor, The Pretty Things
“Bright As Blood” was written by the band’s long-time bass player – George Woosey - and it’s typical of his incredible work, it captures his fascination with Roots and Americana music perfectly and was a perfect fit with the album and even gave us our title…”

‘Bare As Bone, Bright As Blood’ is the culmination of the work the band had been doing, following lengthy discussions about whether they could actually create meaningful new music in a stripped back, acoustic-driven format following their retirement from electric performances on health grounds that saw them bow out with an incredible three hour, sold-out performance at The 02 Indigo in London in December 2018 with guests David Gilmour and Van Morrison.

Deciding that they could, Phil May and Dick Taylor, together with long time manager and producer Mark St. John, began work on this new album, their first in an entirely acoustic format and set about laying the foundation of what The Pretty Things would be next.

The new album, the product of these sessions, is the sound of authenticity, hard experience and the pain and longing of two artists in the unknown territory of old age. The sound of two long, long lives, lived in art and music that have always lived at the cutting edge, and that have always worked as they did at the very start, in their teenage years, with absolute honesty and total integrity…

The new album ‘Bare As Bone, Bright As Blood’ will be released on CD, gatefold 2xLP on red vinyl and digitally and is available to pre-order now. (https://theprettythings.lnk.to/BareAsBoldBrightAsBlood) 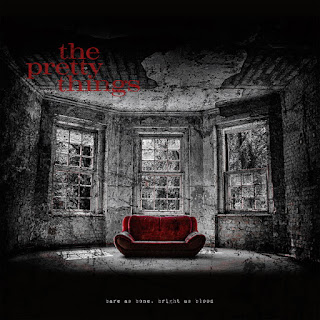 "The man David Bowie listed as God in his address book stuck two fingers up at rules about music, sex and life itself – and made the most glorious noise doing it” - The Guardian

"May’s yowling vocals, were as ferociously potent as anything recorded during the 1960s British beat boom.” - The Times

"Although the Pretty Things did not achieve the fame of many of their peers in the UK rock scene, they were beloved by musicians, including Aerosmith and, most famously, David Bowie” - Pitchfork